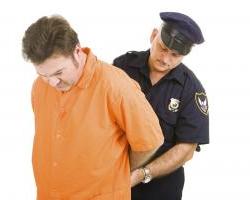 The Obama administration says it supports drug treatment instead of prison for some criminals, after new data showed a definite link between drug use and crime.

Ten counties and cities took part in the study. The range of positive tests was from 52% in Washington, D.C. to 83 percent in Chicago.

Drug czar Gil Kerlikowske, said treatment instead of prison could stop the circle of drug use, arrest, incarceration, release, and re-arrest.

“Drug addiction is too often the root of crime in our communities. Supporting innovative initiatives that divert non-violent offenders into treatment instead of jail and expand treatment access for incarcerated individuals can help break the vicious cycle of drug use and crime, reduce recidivism, and make our communities healthier and safer,” Kerlikowske said.

“These findings illustrate why we must approach our nation’s drug problem as a public health and safety problem.”