Synthetic Kills More Than A Dozen 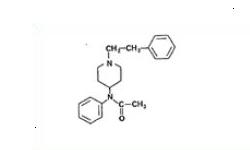 The initial reporting put the death rate at 12, but even a week later, it’s up to 14. The cause? A heroin substitute that showed up in Rhode Island.

At first, in appeared to be an entirely new synthetic. Little was known except that it was an opiate and five times as potent as heroin. Even regular heroin users were caught unaware and overdosed. Without prompt treatment, the addicts were dying as they faded into a coma and stopped breathing.

On autopsy, the compound was discovered to be acetyl fentanyl, a derivative of a drug well known to the medical community. “Regular” fentanyl is used to induce “twilight sleep” in surgeries, under the supervision of an anesthesiologist and with breathing support in use.

Within a week, the CDC published an advisory to make doctors aware of the situation. They gave treatment advice for ER personnel, and warned that the drug may already have moved out of Rhode Island and into other heroin-using populations:

There have been unconfirmed reports from other states of increases in illicit opioid-related overdose events seen in emergency departments. Media stories have associated these events with “fentanyl-contaminated heroin” or, in some cases, to fentanyl alone. It is possible that these events are related to acetyl fentanyl, but confirmatory testing is needed. States other than Rhode Island have not informed CDC that they are testing for acetyl fentanyl.

Even mixed with regular heroin, acetyl fentanyl is dangerous. Users have no way to determine, short of experimenting on themselves, exactly how they will react to a batch. And the more powerful a drug is, the more likely a minor measurement error will have major, even fatal, consequences.

Contrary to initial reports, acetyl fentanyl is known to science. It has been around for decades, but because it is highly addictive and unsafe, it has no medical use and is just as illegal as heroin. So this isn’t a case of trying to get around the law by inventing a new compound. It might, however, be a case of stepping outside the heroin supply chain – since acetyl fentanyl is made in a laboratory instead of manufactured from opium poppies.