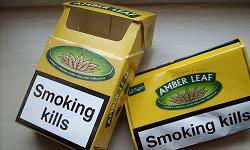 In a criminal trial, if you plead guilty, the judge requires that you admit your crime in open court. One of his roles is to make sure you accept what you’ve done. Judges are required to question defendants and agree that the guilty plea is “knowing and intelligent.” The procedure is different in civil actions, and commonly, part of a settlement will allow the party at fault to keep silent. The entire agreement may even be kept confidential. And up until late November, that was the status for tobacco companies.

When the famous Tobacco Settlement was negotiated, cigarette companies did not have to admit they knew their products were dangerous, even deadly.

Now, the companies will have to publish “corrective statements.” These will say that the corporations flat out lied to the public in an attempt to sell more cigarettes. How bad were the lies? At one point, cigarette companies even touted the health benefits of smoking – helping with weight loss and calming nerves. But most of the falsehoods came by suppressing information big tobacco had from studies on the negative health effects of smoking.

The trick worked like this: fund a study about smoking and then, if the results seemed to make cigarettes look better, publish; if the results weren’t good, just keep the study secret – after all, the company that pays for the work owns the results.

US District Judge Gladys Kessler is now requiring companies to pay for ads that state they, “deliberately deceived the American public about the health effects of smoking.”