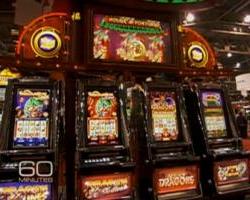 Ask a problem gambler how much money they would gamble with, and, if they are honest, they will tell you, “As much as I can lay my hands on.” Larger bankrolls (or even small ones when the loss would be tragic), increase the sense of risk, the real key to reaching the emotions underlying the addiction. This point was brought home last month when the news broke about an incredible amount of money lost to a gambling addiction.

The story comes from CNN. It’s the tale of a former San Diego mayor, who won and lost more than $1 billion over nine years. Maureen O’Connor admitted in court that she embezzled more than $2 million from a charity she supervised.

The wins and losses are tallied in tax returns she filed from 2000 to 2009, always losing more than she won, she never owed taxes. But the amount in play, over a billion dollars, is stunning. Net losses for the period totaled $13 million dollars.

How is this even possible? Well, she didn’t gamble illegally and kept her losses manageable – until she stole to support her problem. According to CNN, O’Connor entered a plea agreement and avoided prosecution. The agreement means she will have to reimburse the foundation she took the money from (she is a trustee), as well as paying any taxes owed. Most important of all, she will be required to get treatment for her gambling addiction. Ms. O’Connor is 66 years-old.

Things are still tough for O’Connor though. She is said to be bankrupt now and she recently had a brain tumor removed. But she has avoided a prison sentence for now. The offense carried up to a ten year term. Her health meant not going to trial was probably a better option.

In court, she described her addiction as “Maureen No. 1 and Maureen No. 2” and described some of the pressures in her life that helped spin her gambling out of control: “[It was] the last chapter of my life where I lost my husband, I lost three of my siblings, I lost my two best friends and I had a difficult time.”

As the first female mayor of San Diego, O’Connor has some celebrity and status. Let us hope now that she gets the help she needs and can enjoy the years that remain to her.