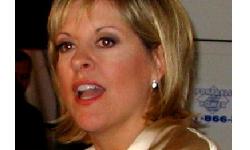 Did Alcoholic Shame Cause Mom’s Suicide?

Sometimes we focus on the tragedy and forget the other victims. In this case, a mother who was accused of killing her own child while in an alcoholic stupor.

Toni Medrano earned the shameful nickname, “Vodka Mom” when her story made it onto the Nancy Grace television show. Medrano had admitted to downing a quart of vodka and passing out on her couch. When she awoke, her newborn, Adrian, lay dead beside her, apparently the victim of suffocation.

The story was too tasty for the news media to not “name and shame” the mother. After all, her blood alcohol level was still pretty high when she was tested the next day – 0.11, still legally drunk in her home state of Minnesota.

She faced manslaughter charges in the death of her infant, but it now appears the internal guilt she felt was a much worse punishment and led to her suicide. Her sister was with her when she saw the Vodka Mom story on CNN Headline News. The sister now reports that Toni was shaking and couldn’t take a breath.

The end result was that Toni Medrano, 29, set herself on fire in her mother-in-law’s kitchen. Police say an accelerant was used. She lived for awhile, long enough to make it to the hospital, but the burns were too severe and she died. She leaves behind three other children.

Was she guilty of accidentally killing her child? The evidence supports that conclusion. Did she deserve to die because of it? No.

We sometimes forget there are multiple victims in any tragedy. Shame and guilt is always painful. In this case, it may have been deadly. What, after all, is someone to think when the world tells them they are killers, deserving, if not the death penalty, at least decades in prison? It’s easy to see how this could be too much to bear.