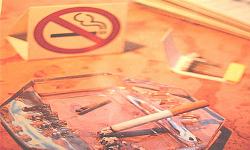 The clinical trials say they work, but follow up studies in the general population haven’t shown the same degree of benefits from using a smoking medication. Scientists may finally have settled the question.

It’s often the case that people enrolled in clinical trial have better results than those who aren’t under the direct supervision of a medical authority. So sometimes it’s hard to separate out whether positive results come from someone keeping an eye on you or the medication being tested. A report published in the journal Addiction teased out the answer for smoking cessation medications.

It turns out the meds do work. All of the currently marketed drugs (including nicoteine replacement therapy) do help smokers quit. But just as interesting, researchers discovered why the information was hard to get at. Apparently, people who quit without the use of medications tend to forget earlier attempts. They don’t report all the “quit attempts” that didn’t succeed, and this factor has been skewing data in earlier studies.

For example, if you compare medication to no medication, and your study group doesn’t count the right number of no medication failures, it can look like the two options are more or less equivalent.

From the press release: “By restricting our analyses to those who made very recent quit attempts, we reduced the extent to which differences in quit-attempt recall could bias the estimates of medication effectiveness. Consistent with the strong evidence from clinical trials, our findings show that medications are indeed effective in increasing smokers’ chances of quitting when used in the real world,” said Karin Kasza, MA, statistician in the Division of Cancer Prevention & Population Sciences at RPCI and lead author of the study.

Still to be discovered is exactly which of many different treatments give the best result, keeping in mind this reporting bias.