Fewer Than 10% Of Addicts In Treatment 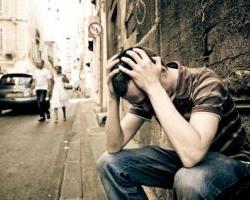 It is estimated that 23 million Americans are addicts – addicted to drugs or alcohol. However less than 10% of them are seeking treatment for their ailment.

According to a report in The Sentinel, the numbers mean that one out of every eight Americans are struggling with an addiction. And 40% of them have a dual diagnosis, meaning they are also suffering from another mental illness.

Most experts agree that addiction is a combination of mental and physical disease.

The Diagnostic and Statistical Manual of Mental Disorders-IV, the standard for diagnosing mental illnesses, defines addiction:

When an individual persists in the use of alcohol or other drugs despite problems related to use of the substance. Compulsive and repetitive use may result in tolerance to the effect of the drug and withdrawal symptoms when use is reduced or stopped.

But there is a physical element. Fiona Williston, prevention program supervisor at Cumberland Perry Drug and Alcohol Commission in Pennsylvania, said, “We believe that alcohol, tobacco and other drug problems are health-related issues. We believe that addition to alcohol, tobacco or other drugs constitutes a primary disease and that chemically dependent people should not be blamed for having contracted the disease of addiction.”

However, she said this does not excuse addicts – they are still responsible for their recovery.

Whether mental or physical, the experts agree that treatment is mandatory to ending any addiction. Sadly, most addicts are not seeking that much-needed treatment.