A Pill To Help Treat Alcoholism? 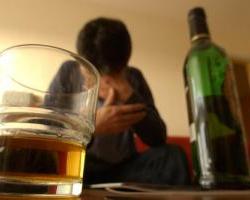 There could soon be a pill on the market in Europe that purports to be an effective treatment for alcoholism.

“We are pleased that we now have reached a stage with Nalmefene where we can plan the regulatory process with an expected submission of the [EU marketing] application by the end of the year,” said Lundbeck’s director of development, Anders Gersel Pedersen.

Lundbeck does not claim that Nalmefene will cure an alcoholic by completely eliminating the need to drink. But it said in 12-month trials it did reduce alcohol consumption by more than 50% among 2,000 heavy drinkers.

Nalmefene was able to diminish their desire to drink excessive amounts as well as their taste for alcohol. It also showed few side effects.

Interestingly, the company said the pill can be taken on an “as-needed basis” as a means to “limit the intake of alcohol, rather than requiring full abstinence.”

The pill would have to go through the FDA approval process before it could be available in the U.S. No word on whether Lundbeck intends to do so.