Addiction isn’t an easy disease to cope with. It undermines all areas—personal, familial, public, financial, and professional—of a person’s life. At times, it may seem that facing another negative consequence of addiction is more than you can bear, but accepting the facts may actually be a great way to enable you to fight back. There is power in information.

1. There is a Relationship between Addiction and Incarceration

The National Center on Alcoholism and Drug Dependence notes, “Alcohol and drugs are implicated in an estimated 80% of offenses leading to incarceration in the United States such as domestic violence, driving while intoxicated, property offenses, drug offenses, and public-order offenses.” This doesn’t mean that drug use will lead automatically to a prison sentence. But, it does mean that substance abuse plays a large factor in criminal offenses. With impaired judgement, people are more likely to become violent, to drive dangerously, and to make poor choices: all of which can lead to jail time. If you are ready to practice sobriety and wise decision making, give us a call at ​888-905-9004 (Who Answers?) ; we can help.

“[A]s many as 6 in 10 people with an illicit substance use disorder also suffer from another mental illness; and rates are similar for users of licit drugs—i.e., tobacco and alcohol,” notes the National Institute on Drug Abuse. The comorbidity—simultaneous presence—of the conditions can make treating either one more difficult because it is linked to the other. Treatment must be comprehensive and work to identify, evaluate, and treat both conditions.

3. No Single Treatment Works for Every Addict 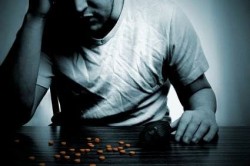 Addiction is a disease.

Depending upon the type of drug and the needs of the patient, treatments vary from individual to individual. In order to give patients the best chance of returning to their previous level of functioning, matching a patients needs with an appropriate setting and needed services is crucial. Although an addict ready to get help should be provided with treatment as soon as possible, don’t rush into picking a facility. Be sure to locate a treatment that is appropriate to a users’ age, gender, culture, and ethnicity. The quickest and most effective way to locate the best drug rehab is to contact us at ​888-905-9004 (Who Answers?) .

4. Sexual Dysfunction Is High Among Users of Illicit Drugs and Alcohol

Although, many people use drugs and alcohol to get in the mood, overtime, the use of substances prevents sexual performance. Studies have shown that male users of illicit drugs are “prone to have ED, decreased sexual desire, and increased ejaculation latency.” Abuse of alcohol leads to an inability to achieve and maintain an erection. And, women face problems as well. Middle and late stage alcoholics face diminished desire, impaired orgasms, and limited lubrication.

When a person first begins using, they are generally acting voluntarily. However, drug use is shown to physically change the areas of the brain that regulate “judgment, decision making, learning and memory, and behavior control.” Those changes alter brain function and make certain that addiction and continued drug use are not in the control of the user.

6. Death Rates for Overdoses Are Increasing

Based on numbers compiled by the National Center for Health Statistics at the Centers for Disease Control and Prevention, The National Institute on Drug Abuse assembled charts of national overdose deaths. Every drug category focused upon shows an increase in deaths between 2001 and 2013. The following drugs showed the following increases in overdose:

According to the National Institute on Drug Abuse, “Abuse of tobacco, alcohol, and illicit drugs is costly to our Nation, exacting more than $700 billion annually in costs related to crime, lost work productivity and health care.” Addiction isn’t a private problem that only affects the addict. It affects each and every person in the country’s taxes and insurance costs.

8. Addiction Is a Chronic Disease

Those who deal with addiction will continue to do so for the rest of their lives. Despite danger to themselves and to others, an addict will continue to feel a compulsive desire for drug seeking and use. Treatments are available to help and often prove successful, as chronic diseases can be controlled if not cured.

However, relapses generally occur, as they do with all chronic illnesses, and they do not signal a treatment failure. They actually signify treatment needs to be reestablished or changed or that different treatment is needed. More patients actually relapse from the chronic conditions asthma and hypertension than from drug addiction.

Choosing to overcome addiction is a brave and powerful commitment and it takes time. But, one thing you shouldn’t be spending time on is hiding from the reality of addiction. Instead, reach out to us at ​888-905-9004 (Who Answers?) . We can help you gather the facts you need to make the decision that can save your life.