What Is A ‘Friend Of Bill’? 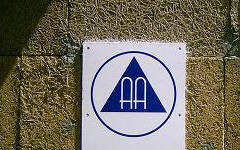 Organizations tend to create and use their own code phrases. Not in a nefarious way, but just as a matter of course. So you have the, “Occam’s razor” of the scientist, the “quod erat demonstratum” saying for lawyers and, for those in Alcoholics Anonymous, the “friend of Bill.”

Bill Wilson and Dr. Bob Smith founded AA. Holding to anonymity, members drop their last names, making Bill W. the ‘proper’ way to refer to Mr. Wilson. This is the ‘Bill’ in friend of Bill. And anyone who is a friend of Bill is a member of alcoholics anonymous by extension. Pretty straightforward when you get down to it.

The tricky bit is when the phrase is used outside of AA itself. Let’s say you are worried about being known as an alcoholic. You might feel some shame and want to keep your secret safe. On the other hand, you think someone you’ve met might be a member as well. But if you come right out and ask, you risk your own good name. Asking them if they are a friend of Bill might do the trick. Someone outside of AA probably wouldn’t know the connection, so you’re safe there. In that situation, it’s a kind of code phrase to tip off another member.

So… do people really use it as a kind of secret handshake? I guess some do. But it can backfire. Here’s a a blog post from someone who was quite insulted when asked the question, “Are you a friend of Bill?”

There’s one other historical tidbit here. Bill Wilson attended an evangelical group (before AA was created) called the Oxford Group. This was a loosely organized religious group that had no hierarchy or officers. It relied on public confession of sins and private, one-on-one sharing. Some of this carried over into how AA is run even today. Members often referred to each other as “friends.” So a friend of Bill would be more than an acquaintance, but a supporter and even a follower.