What Is Thirteenth Stepping? 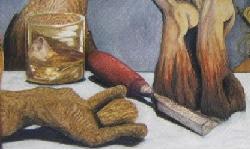 Originally, the term didn’t have a negative meaning at all. The twelfth step is:

“Having had a spiritual awakening as the result of these steps, we tried to carry this message to alcoholics, and to practice these principles in all our affairs.”

It’s open-ended and was intended to be continued throughout one’s lifetime. In this context, the thirteenth step meant the final passage into the grave. You “stepped” out of this life and into the afterlife. Since then, the meaning has changed, in no small part because of Bill Wilson himself.

More than one biography of Bill Wilson (one of the founders of AA) mentions he had affairs. Some of these were with other members of AA itself. This is the current meaning. Someone who is thirteenth stepping is having relations with another member of alcoholics anonymous. The practice is universally frowned upon.

Why? Because in the worst form, an older member takes advantage of the emotional upheaval present in a new member. It can even be predatory and serial behavior. The picture is one of an experienced, sober member abusing the trust and intimacy that blossoms in the AA environment for their own shallow ends. Not only do they put another’s sobriety at risk by this behavior, they are also corrupting the fellowship by treating it as a way to pick up a partner.

Certainly love can bloom in AA and everyone involved is an adult. There is no crime or outrage when two functioning individuals find each other through meetings. But the situation is different when one doesn’t have enough sobriety accumulated to make good decisions. That kind of thirteenth stepping is strongly discouraged. Still, it happens. There is an intimacy that comes with sharing your secrets and problems at a meeting. A person who pays attention and seems like a rock of stability naturally has an “in.”

Because of the emotional liability, most groups will recommend sponsors are the same sex as the sponsored. Some groups, particularly those with a religious affiliation will keep the sexes entirely separate. Unfortunately, biology often interferes – especially when someone who would normally be sexually active starts to get a bit healthy during recovery. Even in in-patient facilities, thirteenth stepping can be a problem. Professionals and therapists are not entirely immune either. Sex with a patient would be cause for sanction or dismissal, but no such regulation exists between patients.