Can You Take Addiction Medicine While in a 12 Step Program?

Fortunately, this ongoing debate has spawned yet a new branch of the 12 Step “anonymous” meetings, known as Methadone Anonymous. People receiving addiction medicines can still attend the mainstream 12 Step programs, but now have an alternative option in terms of being able to be active members of a group.

The Need for Addiction Medicines

Addiction acts as a chronic disease of the brain, leaving those affected prone to relapse long after stopping drug use. According to the American Society of Addiction Medicine, addiction medicines received FDA approval in the late 1980s as viable treatments in cases of severe addiction problems.

Methadone, an addiction medicine used in opiate addiction treatment, derives from synthetic opiate compounds that work in much the same way as addictive opiates. Methadone differs in that it’s chemically formulated to produce slow-release effects unlike the short-term effects brought on by drugs like heroin and fentanyl. These slow-release properties also stop short of inciting the “high” effects commonly associated with drugs of abuse.

As chronic drug abuse leaves severe brain chemical imbalances in its wake, methadone works to stabilize the brain’s chemical environment. These effects enable recovering addicts to feel normal again while abstaining from drug abuse practices. In the process, addicts are better able to take an active role in their recovery.

Within the addictions field, any one treatment approach operates according to one of two models: abstinence or harm reduction. According to the U. S. National Library of Medicine, the philosophies that support these two models fuel much of the controversy surrounding the use of addiction medicines.

The abstinence model views recovery as an all-or-nothing practice in terms of total and complete abstinence from drugs and alcohol. From this viewpoint, people in recovery must abstain from any form of the addictive substance, even in cases where a person receives addiction medicines for treatment purposes.

The harm reduction model approaches addiction treatment from a different vantage point in terms of meeting the addict where he or she is at in the recovery process. In this respect, people coming off chronic addictions may not be physically able to maintain abstinence without some form of medicinal treatment in place.

In effect, addiction medicines like methadone become a type of replacement therapy, much like insulin’s use as a maintenance treatment for people with diabetes. Ultimately, total abstinence remains the primary objective under the harm reduction model; however, in cases of chronic, long-term drug abuse, a step-by-step approach offers the only viable means for reaching this goal. 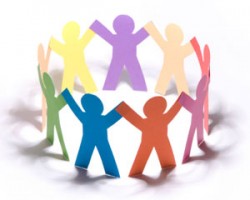 The 12-step program relies on support and abstinence.

First founded in 1935, the 12 Step program approach developed out of the Alcoholics’ Anonymous philosophy, which emphasizes the importance of reaching out to others for help as a means for maintaining abstinence in recovery. The 12 Step program uses a support group model combined with a series of 12 consecutive steps as tools for living a drug-free lifestyle on a day-to-day basis.

Through regular attendance at 12 Step meetings, members gain the support and guidance needed to apply the principles of the program in their everyday lives.

Misconceptions Regarding Addiction Medicine and the 12 Step Program Approach

Inherent within the 12 Step philosophy lies the practice of abstinence, which in essence defines the recovery path. While nowhere stated in the actual program doctrine, the use of addiction medicine may well be viewed as a violation of the 12 Step program philosophy. Consequently, it’s not uncommon for some to disapprove of member participation in cases of those who receive addiction medicines as part of their treatment.

In effect, these limitations take away from the therapeutic benefits derived from the group process. As sharing experiences and offering support make up a big part of the support group approach, people on addiction medicines may be left to observe in silence under some meeting formats.

A study published in 2013 in the Journal of Groups in Addiction & Recovery depicts the experiences of 12 Step meeting participants who were receiving addiction medicine (in this case methadone) treatments. Results of the study go as follows:

In spite of methadone’s use as a treatment medication, it was nonetheless viewed as a “drug.” While members receiving addiction medicine treatments can still attend 12 Step programs, attitudes can vary from group to group, which is something to keep in mind when searching out 12 Step support groups in your area.

Advocates for the Integration of Recovery and Methadone

Advocates for the Integration of Recovery and Methadone (AFIRM), an organization dedicated to supporting the use of addiction medicines for use in the recovery process, have developed the Methadone Anonymous support group model as a new12 Step program approach. As of 1995, this organization has worked to educate and train health care providers and community-based agencies on the benefits of methadone as an addiction medicine. In the process, AFIRM has played an active role in establishing Methadone Anonymous programs within local area drug treatment facilities.