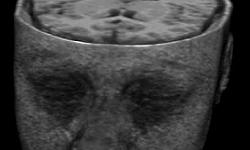 Nature is truly bizarre. For instance, there is a fungus native to the jungles of Thailand that infects ants and turns them into zombies.

The fungal parasite secretes chemicals that changes ant behavior to serve its own ends. And the behaviors are scary in their specificity. At one point in the process, it causes confusion, making the ants drift off course – away from the normal ant trail. Then they have a seizure which causes them to fall from the high trees down to the darker, moister environment better for the fungus. Finally, when the ant is in the right environment, the fungus causes the ant to lock onto a leaf and die – in just the right place for the fungus to grow.

Newer, more accurate tools in science have allowed the above story to come to light. Similarly, as the brain is more deeply investigated, processes that influence addictive behaviors have been revealed.

Unlike the poor ant, there is no larger purpose to addiction – we aren’t directly controlled in service of a fungus or other organism. But the parallel is apt nonetheless. Our brains are susceptible to chemicals and these have real, documented changes. In a sense, the human brain is hijacked by addiction just as surely as the ant is hijacked by the fungus.

How is this played out? Well, one clear result is that with many drugs that stimulate the pleasure centers, our brains can change the way they are able to experience the world. The common joys and pleasures we used to feel are no longer able to elicit a response. Eventually, only the drug will do.

What’s worse is that even after active addiction, the brain retains the memory and feelings that came with using. Simply mentioning “their drug” to an ex-addict can create a cascade of interest and cravings. The addict’s eyes might light up as they discuss using, or they simply can’t stop thinking about it – a whole set of emotions are released. And all this just by mentioning their drug.

Brain imaging has shown clearly that this isn’t just an imagined process. The parts of the brain linked to pleasure and emotion activate. The difference between a hijacked, addicted brain and one that has never experienced drugs is easy to see.

In part, this is why addiction is a lifelong disease and not something that is cured by abstinence. For those actively using, the zombie-like nature is readily apparent. They will do and say things that seem ridiculous and bizarre to those who’ve never felt the “pull.” A perfectly respectable person can transform into the most untrustworthy liar imaginable. They are no longer driving the bus; drugs or alcohol has hijacked their brain.