For someone considering drug rehab, admitting a loss of control over drug use can be one of the most difficult steps in recovery. More often than not, a person really believes he or she is still in control in spite of the widespread destruction addiction has caused in his or her life.

As this central belief will only continue to justify continued drug use, Step 1 of the 12 Step treatment approach deals with this issue head-on: “We admitted we were powerless over our addiction – that our lives had become unmanageable.” Understanding why it’s important to confront the reality of addiction in your life can make Step 1 easier to bear. 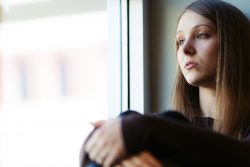 Accepting that you’re an addict is often the hardest part.

During the course of drug abuse, the physical effects of the drug become the focus and motivation for continued drug use. The “high” effects, and also the withdrawal effects act as the main driving forces.

What most people don’t realize is how drug abuse also produces less obvious effects on the mind. The addiction mindset develops out of changes in how the mind thinks in terms of its motivations and daily priorities.

According to the National Center for Biotechnology Information, Step 1 of the 12 Step program treatment approach brings these “less obvious” effects to the forefront. In this way, a person is in a better position to address the actual roots of the addiction problem.

It’s not uncommon for people struggling with drug abuse and addiction to make multiple attempts to stop using on their own. After a few days or weeks of abstinence, the overwhelming urge to resume drug use often wins.

In spite of multiple failed attempts, many people still refuse to admit that a drug problem has gotten out of control, even in the face of job loss, relationship conflict or legal problems. In effect, Step 1 enables a person to confront the insanity that addiction breeds, which is a critical first step in recovery.

According to Harvard Health Publications, addiction takes root within the brain’s reward system, an area that determines what’s most important in a person’s life and fuels his or her motivations and drive. Once addiction takes a foothold in your life, other once important life areas start to fall by the wayside as compulsive drug using urges grow.

Admitting you’re an addict starts the ball rolling in terms of retraining the brain reward system and redefining priorities in your life.

Step 1 of the 12 Step approach attacks the addiction mindset at its core, helping you see the faulty logic that addiction breeds. In effect, the 12 Step program walks a person through the destruction left behind by addiction while equipping him or her with the coping tools needed to put his or her life back to together.

In this respect, admitting that you’re an addict opens the door for growth and change to occur.