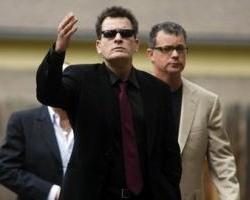 It’s hard to keep track of all of Charlie Sheen’s recent ranting and ravings, but one thing he said caught the attention of experts on alcoholism – that Alcoholics Anonymous only has a 5% success rate. Is he right?

Well, it depends on whom you ask.

Dr. Drew Pinsky of “Celebrity Rehab” said Sheen’s statement has some truth to it. “He’s got a point,” Pinsky told TMZ. “Their success rates aren’t that great. But the fact is, it does work when people do it.”

Addiction specialists put the sobriety rate at 8%-12% after the first year.

Getting answers from Alcoholics Anonymous itself is difficult. The Los Angeles Times wrote:

A Cochrane Review found that 12-step programs weren’t any more or less effective in decreasing alcohol abuse compared with other treatments.

But then there is the other side of the coin. The Times quoted a 2007 study in the journal Alcoholism: Clinical and Experimental Research which found that people in 12-step treatment programs had a 49.5% abstinence rate after one year, while those who were in cognitive behavioral therapy programs had 37% stayed sober.

And a smaller study in the journal Addictive Behaviors in 2002 found that among 56 people who finished the AA 12-step program, about half were “employed or productive, socially stable and abstinent after two years.”

While AA may not be a perfect program, most addiction experts praised it.

“If it was such a dismal program,” said Dr. Karen Miotto, medical director of the UCLA Addiction Medicine Service and an addiction psychiatrist, “it would be hard to understand why millions of people around the world are involved with it.”