Increase In Treatment For Prescription Drug Abuse After Financial Crisis 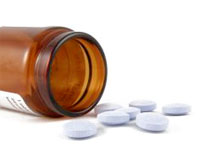 The financial crisis that plunged our economy into its worst state since the Great Depression also caused people to seek treatment for addiction to prescription drugs in unprecedented numbers.

According to leading rehabilitation center Cliffside Malibu in California, the number of patients entering the facility for such treatment rose more than 60% between 2007 and 2008, when signs of a recession began to show.

Patients complained of uncontrolled anxiety about the economy. The number of patients continued to climb each year as the crisis worsened.

However, there is good news. By the end of 2010, the number of patient seeking treatment for abusing painkillers and prescription drugs leveled off, meaning the worst may be over for both the economy and its related addiction issues.

“People recovering from substance addiction at Cliffside are apparently beginning to feel that the economy is showing signs of recovery,” said Richard Taite, Chief Executive Officer of Cliffside Malibu. “I anticipate that in 2011 we will see a reduction in the proportion of admitted patients seeking treatment for dependence on prescription drugs.”