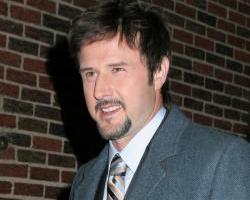 While the world’s attention is turned to Charlie Sheen and whether or not he is still using drugs, another actor is celebrating 60 days sober.

He needed something to smile about – just a day before, he got into a much publicized traffic accident. He suffered minor cuts and bruises. Police said neither drugs nor alcohol were involved in the crash.

Keeping his sobriety pledge, Arquette refused to allow doctors to prescribe him pain medication for his injuries.

Arquette was on his way to the airport to catch a flight to Las Vegas when he got into the crash. He then scrapped the trip, allowing him to attend the meeting in L.A.