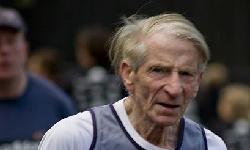 Sponsorship in 12 step programs is a serious business. Essentially, it’s about mentoring someone, but there is much more than just showing them the ropes. For many new members, their sponsor becomes the face and substance of the program – they judge it by the interactions with this “old timer,” for good or ill. Good is the overwhelming norm and many of the long term sober can name one or more sponsors who’ve helped them along the path.

Choosing a sponsor is no small matter – for either person. First, an intimate relationship will develop; a relationship that works both ways. The purpose of sponsorship is to have one person who knows you and your situation inside and out – someone who can share the joys and disappointments, and give useful advice. It flows the other way too. Being a sponsor is a great obligation, but there are rewards as well. Just as the fellowship as a whole aids and supports the addict, so too does the sponsor/sponsored interaction. It is not unusual for the sponsored to help with the sobriety of the sponsor. For the sponsor, it’s a way to show commitment and pay back a Karmic debt. It’s a way to pass the torch.

Because secrets will be shared and dirty laundry aired out, personalities should mesh well. Trust is a real issue. Without it, the relationship won’t work well. Along with this is a common, but unofficial rule that only those of the same sex should pair up as sponsor/sponsored. With same sex pairing, issues about speaking the same language, and issues about emotional attraction can be avoided.

In the modern world, tools are available for “remote sponsoring.” This includes phone calls, texting and the Internet at large. The advantage is retained anonymity, but the disadvantages are a lack of shared personal space. How much that matters depends on the people involved. Traditionally, a sponsor broke anonymity and helped in day-to-day affairs outside the 12 step group – things like employment and relationship issues that might arise at anytime. Whatever the mechanics, a sponsor should be available to fill the often large gaps between formal meetings.

Finally, a sponsor shouldn’t replace the 12 step program as a whole. Group meetings are still important, as is the literature. A sponsor should augment these, not detract.