On Being a Twelve Stepper 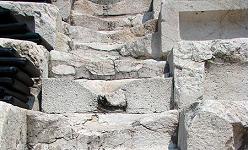 So… we’re in the lexicon of Modern Drunkard Magazine. Didn’t know there was a magazine for alcoholics? There is. And not recovering alcoholics, but people who still think it’s funny to puke in public. At the definition of a twelve stepper is: A reformed drinker or someone who wants to quit drinking early. As in, “Hold on there, twelve stepper, the bouncer hasn’t even threatened us yet.”

Maybe a little insulting, but not as bad as it gets. Wiktionary has a few examples from published works that shows what many of us already know. To be a twelve stepper is often to be someone who is “holier than thou” and a bit of a recovery snob.

Of course, in the rough and tumble world of real addictions, the stereotype doesn’t fit. Those who trumpet their completion of 12 steps have missed a little of the humility on offer. Sure, there are some jerks — jerks are everywhere. But the annoying and preachy stepper that is portrayed is largely a myth in my experience.

Why? Well mostly because it’s a painful process, long term and really too complex to distill down into the comedy version of a self-help guru with all the answers.

The other stereotype is one of a born loser and a terminally defeated person. I find this is mythical as well. The truth is rather more banal – people with abiding problems which they are addressing. The escapists are found mostly in active addictions, not in 12-step programs. Sure, many of us arrive as losers and at our wits end. But with some sobriety and a willingness to work the steps, this soon goes away and some measure of strength and purpose emerges.

So don’t take it poorly if you get called a twelve stepper. Take it as all in good fun. A good response is a simple, “Thanks.”