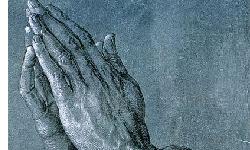 Along with the traditional twelve steps of AA, there are a series of linked principles. These restate and reinforce some of the issues common to the alcoholic community. Some refer to these as the virtues of Alcoholics Anonymous.

Surrender – the act of admitting we are powerless on our own.

Hope – also mentioned as trust, this is the principle of believing there is an answer available.

Committment – accepting the help on offer.

Truth – a confession of wrongs.

Reflection – Discovering those we have wronged.

Amendment – Repairing what damage we can.

Service – Returning the gift we received to others.

Each of these is derived from, and informed by, the step they link up with. They are a restatement and a support, rather than a replacement. The 12 step principles illustrate the link between moral character and remaining sober, with the best of human virtues reflected in the desired result – abstinence.

There are other versions of this list, and that’s fine. Each of the twelve steps embodies more than what a single word can capture. For example, where I have written “Attunement,” others might put “Spirituality.” In this context, they mean the same thing – becoming “in tune” with a higher power, a touchstone, and a fundamental spiritual guide.

Importantly, while there are other ways to express these ideas, all of the 12 step principles seem to be lacking when someone is actively addicted. The vices of addiction are rewritten as the virtues of sobriety, and so too is the individual alcoholic rewritten in the form of a sober, principled person. A person of integrity, honesty and community.