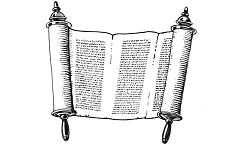 I like to think of them as little nuggets of wisdom. They are the distilled, hard-won knowledge of more than 70 years of struggle with alcohol. Some are short and precise, some general purpose. Most of us have our favorites – those sayings that got us past a critical hump, or the quote that sounded as if it were directed, like a flaming arrow, right at me.

Here’s one I really like from Father Hilary D., a noted AA speaker:

It’s power comes from the truth of it.

Another, from Bill W. says, “The good is often the enemy of the best.” Not just something applicable to alcoholics, but across the board.

There are lists of sayings and quotes online, and they can make for a great meeting dynamic. At one group, they printed off some copies to distribute whenever they needed some extra energy for a meeting. Members simply picked one off the list and talked a bit about what it meant in their own life. Anyone who wanted could keep the list to take home.

I sometimes run across a quote that has nothing to do with AA, but it resonates and deserves to be added to the collection. Carl Sandberg said, “Life is like an onion; you peel it one layer at a time; and sometimes you cry.” He wasn’t referring to alcoholism, but so what? Wisdom is where you find it and when you do, pass it along.

So find your favorite and hang on to it when you need to. Give it away as often as you can too.