Does Science Really Lay the Foundation for 12 Step Recovery?

In modern times, science is king and most people evaluate their health decision based upon the latest scientific findings. In many ways, these scientific findings have intense societal impacts, as well as personal ones. Just look at the effect of the polio vaccine, introduced in 1952. Polio remains relatively rare in the United States, while other countries without the vaccine face 250,000 cases a year. We trust science to guide and protect us.

It’s no different with addiction than it is with polio. Those who suffer from addiction wish that they could be inoculated, but sadly that isn’t an option. Instead they turn to other developments with hope. But, what of the old tried and true methods? Are they scientifically sound? Do they have roots in medical science? What about 12 step programs?

The strict truth is that 12 step programs were born from a social support model during the 1930s. Addiction science wasn’t yet a practice and the founders of AA, the first 12 step group, were not scientists. So, in absolute truth, no, science didn’t lay the foundation for 12 step programs.

However, modern science has studied the programs and empirically demonstrated their effectiveness and the science that underlies the process. It seems the founders of the program intuitively formed a scientifically sound program.

What follows is a discussion of the roots of 12 step programs, the efficacy of the programs, and the components that science supports as the basis of the program’s success.

By calling 12Step.com, you can join in the millions of people currently benefitting from the program. Call  ​888-905-9004 (Who Answers?) and speak to an expert who can link you to meetings and answer your questions. Don’t wait; get started today.

The Foundation of the Program 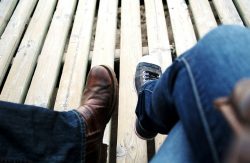 Many approaches to treating substance use disorders subscribe to the approach of the 12 step program established initially via Alcoholics Anonymous, or AA. Therefore, the roots of the program begin with AA.

Alcoholics Anonymous was founded by Bill W.—a stockbroker—and Dr. Bob—a surgeon. According to the organization, both men had been hopeless alcoholics, and both had been in contact with the Oxford Group, a fellowship that stressed spiritual values in day to day living. Whereas Dr. Bob had not recovers, Bill W. had achieved and maintained sobriety through the group.

When the two men met, Dr. Bob was profoundly affected by a fellow alcoholic who had made good. It would ironically be the stockbroker who would teach the surgeon that alcoholism is a disease. Once Dr. Bob wrapped his mind around this central premise, he became sober and never drank again.

In one respect, the program did align adopt and maintain a fundamental medical truth: alcoholism is a disease.

With research, it becomes apparent that the primary concepts of 12 step groups have connections to psychology, the scientific study of how people think, behave, and feel. Psychologists study all aspects of human experience.

The success of 12 step programs is due in part to what psychologists recognize as “abstinence-specific and general support.” An article in the Textbook of Substance Abuse Treatment asserts that the social make-up of the program offers:

People who participate in 12 step groups are more likely to have social network members who support them in minimizing or ending their substance abuse than those who do not attend such programs. Studies show that the increase in friends’ support provided by 12 step programs directly has a positive impact on remission.

Spirituality, or religiosity, form one of the core principles of the 12 step program, which asks members to submit to a higher power. The research of psychologists supports it as a variable that plays a key role in recovery.

A study in the Journal of Studies on Alcohol demonstrated Latino participants were able to gain just as much benefit as their white counterparts, even if they participated less in the program. Why was this the case? Deeper religious faith.

Although, the founders of the 12 step program were not themselves scientists and addiction science was not yet established, the 12 step program instinctively formed around ideas whose validity has been empirically proven via contemporary science. So, one could say that their foundation is to some degree scientific.