Alcoholics Anonymous has been helping to treat alcoholism, and end the cycle of alcohol addiction for more than 80 years. Their longevity is primarily due to their simple philosophies, adopted from the Oxford Group, and the attitude of mutual help. To better understand these philosophies and attitude, it is important to know the early history of Alcoholics Anonymous, and how it became the global organization it is today.

What is the Oxford Group?

The first thing you need to know when looking into the early history of Alcoholics Anonymous is what the Oxford Group is. The Oxford Group was a Christian movement of the late 1800s and early 1900s, which had much popularity, particularly among the clergy of the Anglican Church. They preached a philosophy of four absolutes. These are: 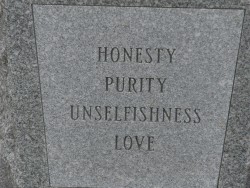 AA was based off the ideas of the Oxford group, which emphasized an attitude of mutual help.

These absolutes gave rise to what the Oxford Group believed were the keys to spiritual enlightenment. These are:

These things became the basis of the 12 steps of Alcoholics Anonymous.

How did Alcoholics Anonymous Start?

Alcoholics Anonymous began in 1935, when an alcoholic named Bill Wilson, who had achieved sobriety through the philosophies of the Oxford Group, traveled to Akron, Ohio on business. There, he was tempted to drink, and decided that helping another alcoholic would help him remain sober. He was put in touch with Doctor Bob Smith, a local member of the Oxford Group and fellow alcoholic, and the two of them created the 12 steps based on the teachings of the Oxford Group.

The first decade of alcoholics anonymous was one of struggle and growth. Some of the most important events were:

These years were formative and essential to setting up the organization of Alcoholics Anonymous.

AA And The Benjamin Franklin Effect

According to Alcoholics Anonymous, these events paved the way for the spread of Alcoholics Anonymous, and allowed it to become the organization that it is today. All of this history created the philosophies and attitudes that will allow Alcoholics Anonymous to help people overcome their addictions for years to come. For more information on the history of 12 step programs or to find one that is right for you call us at 1-800-895-1695. We can help you find the right treatment for your alcohol addiction.