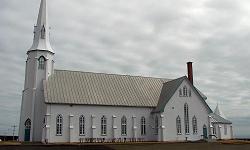 The idea behind Christian 12 step programs is more cultural than anything else. Spirituality already plays a strong role in the 12 step model; the difference comes from the language and concepts used. By customizing a program that “speaks” to Christians, the concepts are more easily grasped.

Jesus, the power of prayer and the Bible all figure significantly in any Christian recovery group. It isn’t hard to match up the steps to relevant Bible verses either. An example can be found at Alcoholics Victorious, one of many such pairings on the net. From a Christian perspective, biblical principles trump those given in AA, but there doesn’t have to be a direct conflict.

One difference between a secular and a Christian 12 step program would be the role of prayer and church authorities. Prayer is used in “regular” AA of course. An example would be the Serenity Prayer. (Most AA groups would stop at the first verse though.) Prayer in a Christian program would be more of a centerpiece however and invoke Jesus by name instead of by reference. A second difference is that Christian 12 step programs are sometimes run by a pastor or other church authority who may not have been an addict or alcoholic himself. This departs from the 12 step model, but because of the strong religious element, a skilled pastor is valuable. The purpose is to meet the spiritual needs of those in the program and to give Bible-based direction and counsel.

Christian 12 step programs are also sometimes found in more of an outreach setting. That is, not just meant for Christians alone, but as a mission work to a larger population. One of the principles of Christianity is to reach out to the lost, and having a group that helps addicts or alcoholics is a natural fit.

Being a church member or practicing Christian is usually not a requirement for attending a 12 step program based on Christian values. There is enough overlap that even the secular can gain something. The same is true for Christians who attend non-Christian meetings. For some, the anonymity of not being in a church setting is important enough to warrant finding a secular meeting.