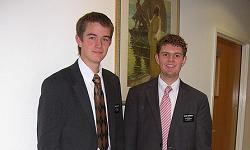 It’s almost a universal truth: They come to AA, NA or other program to get help kicking what has become an evil and deadly habit. We don’t tell them it comes at a price. If we told them what was really required, many would look elsewhere.

The price paid to get clean and stay sober is abandoning the parts of you that are malfunctioning. Down deep, it’s more than just the change in a behavior. It’s a change in those parts of us that generate the behavior. This is the bit that would scare people away – no one sets out to kill off their own personality. We all have a survival instinct, and that applies to the “old us” as well. When the novice attendee sees the survivors, those with long-term sobriety, they want what they see. What they cannot see is the person abandoned months or years ago – the person who grew into someone who no longer drinks or uses.

There are two aspects of clean and sober living most have to discover. First there is a gradual understanding of the realities of drugs and alcohol. No longer is it possible to deny what’s happened or create a nice fantasy where the behavior can be continued. That alone isn’t enough. The second thing that has to be discovered is a way to operate in the world that doesn’t include substance abuse. In a nutshell it’s 1) quit lying and 2) deal with real life.

The process feels like growing up. It’s the difference between being young and being mature. It’s growth.

Growth necessarily means change. Eventually, if successful, someone finds new ways to live and enjoy their life. They find new purpose, new goals and a different way of being in the world. Only then can they look back in time and see the parts of themselves they abandoned. Just as the middle-aged look back with new eyes on themselves in high school, someone living clean and sober comes to see clearly the “how I used to be.” Now they are the old-timer at the meeting, the person who is calm and doesn’t buy the BS of the new guy.

Is it worth it? Hell yes. So let them come thinking they might discover a way to keep using occasionally or to just clean up for now. Let them come. If they stay, they have a chance to change; to grow into someone who knows giving up the crap is better; to find out for themselves that clean and sober is attainable.