Famous Alcoholics: Christopher Hitchens Smote Down By The Gods 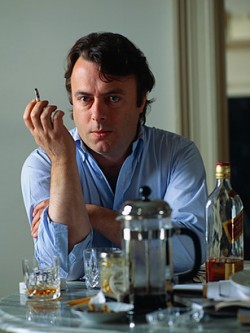 Arguably the most famous modern day agnostic, certainly the most famous alcoholic writer agnostic, Christopher Hitchens’ demons finally did him in; much to the amusement of higher powers around the universe. If there is a divine order to things, Hitchens is most certainly surprised. Hopefully it’s not one of the more puritanical theologies, for then he will be more than surprised. Now it can certainly be said that his voracious appetite for alcohol and nicotine may have had nothing to do with his esophageal cancer or the resulting pneumonia that killed him, but it most certainly did not help. Tobacco smoking and heavy alcohol use increase the risk, and together appear to increase the risk more than either individually. Tobacco and/or alcohol account for approximately 90% of all esophageal squamous cell carcinomas.

Most people when faced with death, make necessary and often difficult changes to prolong existence. This is not true for one that loves alcohol. I think Hitch would agree that he loved the hooch, in fact I think he would admit to alcoholism. And while studies have shown that faith and hope play a huge part in how our bodies heal themselves, that too seemed out of his reach.

I was not a big fan of him as a person, finding him a little ”high on himself”, but can certainly appreciate his wit and talents at argument and writing. I refuse to judge the man on his vices or his beliefs. There is some merit to living this life to it’s fullest because it’s your only one, and perhaps nothingness awaits when you die. So I will just acknowledge his passing and hope that he is not right.

and here he is on his own eminent death… in which he reveals what his last breath shall be.