A River Of Rage And Redemption 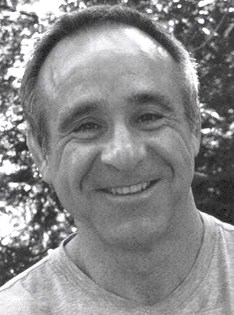 An interview with writer James Brown.

“Who could blame a reader, after James Frey’s discredited ‘A Million Little Pieces,’ for being skeptical of the pyrotechnic literature of addiction?” asks L.A. Times writer Susan Salter Reynolds in her review of “This River” by James Brown in the Sunday Los Angeles Times. Besides, it’s a cliché to assert that former addicts always know more about drug addiction than the so-called “experts.” But Los Angeles writer James Brown, a professor of creative writing at Cal State San Bernardino, is a special case. Brown has a sharp, restless mind, a hair-raising background, and has read just about everything worth reading on the subject of addiction. In “The River,” James Brown has come not to bury us in bullshit, put to praise the ineffable mysteries of the human condition. The author writes of the time when, battered and baffled, he clung to the notion of sheer will, of having total mastery over his own destiny-even as the devastating deconstruction of everyday life that drug addiction produces was proceeding apace all around him.

What saved him from dying of drug-related misadventures, like his brother and his sister and a shocking number of his childhood friends?“This River” is no ordinary tale of redemption, but rather a dogged, unadorned, very human description of one man’s attempts to understand his disorder, and to find some way to control it.

I asked Brown if he would submit to a brief Q and A by email to be published here at Addiction Inbox, and he graciously agreed.

Q. Recent surveys suggest that kids who had their first drink at 12 or 13 are far more likely to experience alcohol dependence as adults. Did you have any early formative experiences with alcohol or other drugs that in hindsight seem significant to you?

James Brown: I’ve heard about this survey, along with another statistic cited in Under the Influence: A Guide to the Myths and Realities of Alcoholism by Milam and Ketcham that children born to an alcoholic mother or father have a four times greater chance of becoming alcoholic themselves than if they’d come from teetotaler parents.

Given both studies, if there’s truth to them, and I believe there is, I got off to a great start. I took my first hit of marijuana when I was nine, by twelve I’d begun drinking, and by fourteen I had my first taste of heroin. Alcohol and drugs were a way of life in the neighborhoods I grew up in, poor neighborhoods in poor apartment complexes, where nearly all of the kids were raised by single parents, typically mothers.

All the kids I knew and hung out with drank and used. I lost contact with nearly all of my childhood friends over the years, but one became a heroin addict and bank robber (and a good one, if there is such a thing, with over 40 robberies before he got caught), and is currently in San Quentin; another shot one too many loads of meth and died of a heart attack in his 40’s; and a good friend, one of my best friends, is still hanging in there. He always loved his marijuana and now gets it prescribed, but he’s quit drinking.

So if I’m any example, and if my childhood friends are any example, I’d have to say, based on personal experience, that I believe there is a strong connection between addiction and getting off to an early start at it.

Q. Tom McGuane once referred to alcoholism as “the writer’s black lung disease.” Why do you think so many prominent writers have been addicted to alcohol or other drugs?

James Brown: The list of alcoholic writers is long: Hemingway, Kerouac, Eugene O’Neil, Dorothy Parker, Fitzgerald, Jean Rhys, Poe, Faulkner, and on and on. The only rationalization I can come up with, at least in regard to my own addiction, is spending long, long hours alone in a room, trapped in my own head, imagination, feelings, memories and thoughts, and when it’s time to resurface, to leave that room and return to the world that exists outside the sheltered perimeters of my mind, I’d want a drink to ease myself back into it. Without that drink, and the many that followed it, because not even from the beginning could I or did I want to stop after just one or two, it was stimuli overload. Lights seemed brighter. Noises louder. I was expected by my wife and children to just return to earth and join their lives when a big part of me was still locked up in that room.

But these are rationalizations. As the years passed, and the alcohol and drugs took greater hold of me, using and drinking was no longer about easing back into the world but eluding it altogether, where I didn’t have to feel or think. Did booze or drugs help me creatively? No. That’s myth, a lie, this notion of the tragic artist. Outside of Kerouac’s On The Road, which he wrote on speed, and Stevenson’s Dr. Jekyll and Mr. Hyde, which he purportedly completed in 21 days spun on coke, and maybe a few other writers, maybe a dozen other exceptions, generally speaking writing under the influence typically produces work that reflects an insensible, messed-up consciousness. That’s scribbling, not writing. Good writing requires clarity of mind and vision.

Q. Can you describe your experience with the controversial drug Seroquel?

James Brown: For me Seroquel has been something of a miracle drug and helpful in maintaining my sobriety. As I’m sure you already know it’s categorized as an antipsychotic and classified as a “major tranquilizer,” as opposed to the “minor tranquilizers,” typically members of the benzodiazepine family. Why Seroquel has become a drug of abuse, I have no idea, because it doesn’t get you high, at least not for me, and there’s no sense of the euphoria associated with Valium and Xanax. Why there’s this big push (all the TV ads) to prescribe it for those suffering from depression, I also have no idea, other than the obvious, which is to make the pharmaceutical companies more money. Seroquel is potent stuff, and was prescribed to me for manic-depression (I prefer this term because it more aptly describes the nature of the illness than the euphemistic “bipolar”), post-traumatic stress syndrome and mild schizophrenia.

It took my nervous system about a week or better to adjust, with side effects of blurred vision and garbled speech, but once the sides passed the drug made a major difference in my ability to sleep without the nightmares that have plagued me for many, many years. Also, it made a big difference with the mania aspect of my mental illness, keeping my system at a relatively even keel, but I can only take it at night. If I use it during the day, I can’t function well, I can’t think clearly or quickly, and I have to be focused when I teach and write. For depression, I use Wellbutrin, which is effective for me. Again, I don’t understand, or agree, with the aggressive marketing of Seroquel. It’s nothing to mess around with and should only be taken if absolutely necessary for ones mental stability.