The Ghost In The Receptor 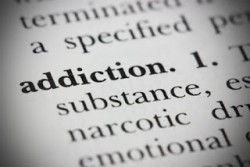 It often seems as if the proponents of the biological view are offering a take-it-or-leave-it view of human nature and behavior. The gene proposes and the neuropeptide disposes. But one important attribute of the brain’s receptor systems is that they are not static. The number and density of receptor fields, the sensitivity of individual receptors, and the “stickiness” of the cell membranes themselves all differ at different times.

We have come a long way in our understanding of “unconscious” bodily processes. Yogis demonstrated decades ago that such internal states as breathing rate, blood pressure, and the generation of certain brain waves, once thought to be impervious to volitional control, could in fact be “mentally” influenced. With the proper five-minute introduction, most people can learn to change the surface temperature of their hands by a few degrees using simple biofeedback techniques. Many spiritual growth techniques center on breathing exercises, for the same reason that diet and dietary restrictions are frequently emphasized: Such activities release different neurotransmitters in the brain, the gut, and the respiratory center, and these changes can alter consciousness. Many spiritual techniques that are physical in nature were designed to produce specific changes in brain state. We do not need to soar into the metaphysical to see the wide-ranging role of neurotransmitters. Neurotransmission via receptors is clearly an evolutionary strategy well preserved in the larger scheme of things.

Nonetheless, from A.A. to Ibogaine, alternative treatments are frequently suffused with spirituality, if not outright religiosity. All the way out there, on the edge of speculation, is the notion that a disordered reward pathway might be the impetus for the religious quest, the search for existential meaning, the artistic struggle to create. God is a neuropeptide, Candace Pert once mischievously suggested. Was Martin Luther serotonin- and dopamine-deficient? How about Joan of Arc? Or Michelangelo? Is love, or hate, any less real for having neuropharmacological substrates, microscopic chemical correlates, in the brain and body?

This all sounds funny, or blasphemous, or nonsensical-but it may be the metaphorical key to A.A.’s modest successes over the years. We know with certainty that depression and addiction are deeply linked disorders. What has begun to emerge at the edges of depression and addiction literature is that religious faith, or a spiritual belief system of some kind, can sometimes be of value in the battle against depression, drugs, and drink. This does not mean that any sort of correlation between recovery and prayer, or between decreased depression and frequency of church attendance has emerged. Nevertheless, feelings are not just feelings. Emotions influence our health, our evolutionary fitness, our learning, and our decision-making. There is the recurrent suggestion in some of the work that the additional factor at play is something researchers have referred to as “intrinsic religiosity.” People recover from all sorts of mental and physical afflictions and frequently give credit to their religious beliefs. Whatever we choose to call it, successful recovery from serious illnesses of the mind and body frequently seem to call for a fundamental shift in mental processes. Sometimes the emotional impulse that kicks off a successful recovery comes in a form identified as “spiritual.”

As Andrew Newberg and Eugene D’Aquili conclude in “Why God Won’t Go Away,” “It only means that humans have a genetically inherited talent for entering unitary states, and that many of us interpret these states as the presence of a higher spiritual power.”