A Six-Pack Of Prior Posts 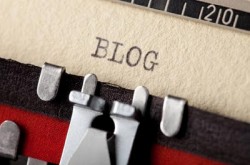 This isn’t a top 10 list, just a compilation of five previous posts here at Addiction Inbox that have continued to draw reader interest since they were first published. If there is a theme running through this set, it is neurochemistry at its most basic level. Take a look, if any of the subjects interests you. (My most popular post of all, on Marijuana Withdrawal, has turned into a self-help message board. I note it here, but leave it off the list, as it has become a blog of its own for all practical purposes.)
—–

1) Don’t let anyone tell you that the basic notions involved in neurotransmitter action in the brain are over everyone’s head. This post about serotonin and dopamine basics has always been popular, partly because serotonin and dopamine have gone from obscure abstractions to pop buzzwords. But I think it also shows a growing awareness of brain science and its real-world applications among interested readers.

“…. Addictive drugs have molecules that are the right shape for the amine receptors. Drugs like LSD and Ecstasy target serotonin systems. Serotonin systems control feeding and sleeping behaviors in living creatures from slugs to chimps. Serotonin, also known as 5-HT, occurs in nuts, fruit, and snake venom. It is found in the intestinal walls, large blood vessels, and the central nervous system of most vertebrates. The body normally synthesizes 5-hydroxytryptamine, as serotonin is formally known, from tryptophan in the diet….”

Serotonin and Dopamine: A primer on the molecules of reward

2) Continuing on the chemistry theme, this post on anandamide, the brain’s own form of internal marijuana, has garnered steady attention since 2008. It may be coincidental, but the post also makes mention of serotonin and dopamine.

“…Several years ago, molecular biologists identified the elusive brain receptor where THC, the active ingredient in marijuana, did its work. Shortly after that discovery, researchers at Hebrew University in Jerusalem identified the body’s own form of THC, which sticks to the same receptors, in pulverized pig brains. They christened the internally manufactured substance “anandamide,” after the Sanskrit ananda, or bliss…”

Anandamide, the Brain’s Own Marijuana: Anxiety and the THC receptor.

3) Interest in the anti-craving drug Topamax, an anti-seizure medication used to treat alcoholism, remains strong with blog readers, although the drug has not become the universal blockbuster many advocates had hoped.

“…Dr. Bankole Johnson, chairman of Psychiatry and Neurobehavioral Sciences at the University of Virginia, told Bloomberg News that Topamax does everything researchers want to see in a pharmaceutical treatment for alcoholism: “First, it reduces your craving for alcohol; second, it reduces the amount of withdrawal symptoms you get when you start reducing alcohol; and third, it reduces the potential for you to relapse after you go down to a low level of drinking or zero drinking…”

4) One of the most popular posts to date was this examination of neurological questions surrounding marijuana and memory loss. Inquiring minds, uh, forget the question. Oh yeah: Does the strain of dope you smoke determine how forgetful you’ll become?

Marijuana and Memory: Do certain strains make you more forgetful?

5) Finally, a popular post focusing on the biochemistry of nicotine in e-cigarettes, the new, smokeless nicotine delivery system. Are they safe? The latest in harm reduction strategies, or starter kits for youngsters?

“…You may never have heard of it-but it’s the newest drug in town. It’s called an electronic cigarette, or “e-cigarette.” Electronic cigarettes use batteries to convert liquid nicotine into a fine, heated mist that is absorbed by the lungs. No smoke, but plenty of what makes cigarettes go, if you don’t account for taste-or ashtrays and smoke rings….”