There’s No Agreement On DUIC: Driving Under The Influence Of Cannabis 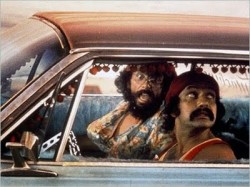 The ACLU squares off against law enforcement over how to measure marijuana impairment.

What’s your blood cannabis content? You don’t know, and neither does anybody else, without a fair bit of effort. There’s no device to blow into, no quick chemical field test. You’re impaired by marijuana if the officer says you’re impaired by marijuana, and in most states he or she will decide that matter by using a series of sobriety checks not dissimilar to the well-known alcohol exercises: standing on one foot, walking a line, having your eyeballs and blood pressure checked-and my personal favorite, a test of how well you can guess when 30 seconds is up. Time passes more slowly when you’re about to be arrested for drugs, I’m guessing, since it takes a little while for your life to pass before your eyes. Even the National Highway Traffic Safety Administration admits that it is “difficult to establish a relationship between a person’s THC blood or plasma concentration and performance impairing effects. Concentrations of parent drug and metabolite are very dependent on pattern of use as well as dose.”

The point is, observable indications of impairment, as they’re called, are really all that law enforcement currently has as a tool for policing the use by drivers of American’s second most popular drug. At one extreme end of the spectrum are the pot enthusiasts who argue that no amount of marijuana significantly impairs you behind the wheel. At the other end of the spectrum stand the zero-tolerance advocates: No amount of marijuana is safe, if you’re planning to get behind the wheel within the next several hours-or at any time during the rest of your life, as some anti-drug advocates seem to be saying.

And somewhere in between, according to the American Civil Liberties Union (ACLU) of Washington State, lies a possible compromise for gauging marijuana impairment.“Adding a science-based threshold for likely impairment to the mix and providing educational information that allows people to estimate their personal level of intoxication can be effective strategies for preventing impaired driving in the first place and improving public safety,” the  ACLU asserts.

The ACLU favors the so-called Pennsylvania Model, which sets that state’s legal limit for cannabis in whole blood at 5 nanograms per milliliter (ng/mL). Why 5, and not some other number? Because a legal cut-off of 5 ng/mL is also what the National Organizaton for the Reform of Marijuana Laws (NORML) recommends, based in turn on an analysis of scientific studies of marijuana’s effect on driving skills. Specifically, NORML recommends a limit in the range of 3.5-5.0 ng/mL, which the group says will “clearly separate unimpaired drivers with residual THC concentrations of 0-2 ng/mL from drivers who consumed cannabis within the last hour or so.” Levels under that range tend to indicate that the driver smoked at least 1 to 3 hours ago. Anyone testing over that range, says NORML is “likely to be impaired.”

But it’s not quite that simple, of course. First, you have to rule out a whole roster of cannabis metabolites that stay in the system for days or weeks, but have no impact on driving skills. And the metabolism of cannabinoid by-products varies so widely from person to person (this is just beginning to be understood scientifically), that the results of testing are not foolproof. The iron law of metabolic diversity makes that claim unlikely. Moreover, there is currently no reliable way of testing blood in the field for THC concentrations. But there will be. Introducing the Vantix Biosensor, a device that looks, ironically, like a portable vaporizer for marijuana. Open your mouth, please, as the officer politely swabs the inside of your cheek with a plastic wand, and inserts the wand in the handheld machine. Sensors on a microchip react with telltale antibodies, and you test positive for cocaine, or marijuana, or, soon, synthetic marijuana. Or perhaps it will be some other company’s device. But rest assured it is being looked upon as a growth market.

And then there is, as the ACLU points out, the wrong way to go about it: zero tolerance. At least 11 states have now set the requisite cut-off level for illegal drugs at zero. That may raise a cheer in certain quarters of the anti-drug movement, but it is a decision “based not in science but on convenience,” says the ACLU. It establishes a crime wholly “divorced from impairment” behind the wheel. Put simply, zero tolerance “does not differentiate between a dangerously incapacitated driver and an individual who may have smoked the past Monday but was pulled over as a sober ‘designated driver’ on Saturday night.” Furthermore, “even a statute excluding cannabis metabolites but criminalizing trace amounts of THC” could result in the arrest of drivers several days after they last smoked pot. It’s pretty simple, really. “If science dictates that the presence of a trace amount of cannabis or a cannabis metabolite in an individual’s blood has NO ‘influence’ on his capacity to drive, it should not constitute per se evidence of ‘driving under the influence.’” But toxicologist Marilyn Huestis, at the National Institute on Drug Abuse, disagrees. She believes that there is no safe level of marijuana consumption, where driving is concerned. Paul Armentano, deputy director for NORML, scoffs at that, telling the Los Angeles Times that individual states “are not setting a standard based on impairment, but one similar to saying that if you have one sip of alcohol you are too drunk to drive for the next week.”

One abiding problem is that for car accidents, it’s not necessarily a pure play.Alcohol mixed with one or more additional drugs is common, and if it’s difficult to set limits for alcohol and marijuana alone, imagine the permutations involved in creating legal limits for a combination of both. A 2007 survey of experimental studies, published in Addiction by a group of researchers in six countries, concluded that a rule of thumb police might want to consider is based on the finding that “a THC concentration in the serum of 7–10 ng/ml is correlated with an impairment comparable to that caused by a blood alcohol concentration (BAC) of 0.05%. Thus, a suitable numerical limit for THC in serum may fall in that range.” Considering that we allow drivers to exhibit blood alcohol limits as high as 0.08, NORML’s 5 ng/mL limit looks downright conservative.

There’s no simple solution. Maybe that’s because cannabis is not a simple drug. We’re still teasing apart its effects, and nailing down the particulars of driving under the influence of cannabis is one of them. As Jeffrey P. Michael of the National Highway Traffic Safety Adminstration refreshingly disclosed to the Los Angeles Times, “We don’t know what level of marijuana impairs a driver.” But they are trying to find out. A federal study in Virginia intends to round up more than 7,000 blood samples by showing up at the scene of car accidents and asking drivers to provide random, anonymous  samples to compare with control samples.

Other studies of a similar nature are underway. Driving under the influence of drugs could become as common a criminal charge as classic DUIs and DWIs.