The Triumph Of Synthetics 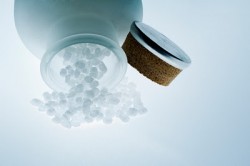 A troubling report by the United Nations Office on Drugs and Crime (UNODC) shows that amphetamine-type stimulants (ATS) have, for the first time, become more popular around the world than heroin and cocaine. Marijuana remains the most popular illegal drug in the world, and the use of amphetamines has fallen sharply in the U.S., but the world trend represents the worldwide triumph of synthetic drug design over the plant-based “hard drugs” of the past.

The 2011 Global ATS Assessment estimates that in 2009, some 14 to 57 million people aged 15-64 took an amphetamine-type substance during the year.  The category includes methamphetamine, synthetic stimulants known as bath salts, and Ecstasy. For ecstasy, which is grouped with the ATS family because of its speed-like qualities, “global annual prevalence” stood at only 11-28 million past-year users in 2009, basically unchanged.  Not so for the use of the new synthetic methamphetamines-compounds such as mephedrone, 4-methylmethcathinone (4-MMC) and MDPV, which first took off in the UK, Canada, and New Zealand. In fact, bath salts in the form of mephedrone are competing with ecstasy as the club drug of the moment. (Ecstasy seizures are currently at a 5-year high in the United States, so the window for alternatives is currently wide open.) Meanwhile, recorded worldwide use of heroin, cocaine, and marijuana remained essentially steady from 2005 to 2009.

So what’s behind the global surge in production of amphetamine-type drugs? What advantages do these stimulants hold over time-tested drugs like heroin and coke?  And why is it happening now?

The seismic changes in worldwide drug production begin with geography. Amphetamine-type stimulants are spreading to new regions, and are now being manufactured in places previously off the radar-Iran, Malaysia, and West Africa, for starters. The UNODC report notes that synthetic stimulants “offer criminals a new entry into unexploited and fresh markets.” The locus of activity is no longer the opium fields of Afghanistan, or the coca plantations of Columbia. In absolute numbers, the report claims, “most ATS users live in Southeast Asia, the most populous subregion the world.”

The growing number of methamphetamine pills seized in Southeast Asia is staggering: “The 93.3 million methamphetamine pills seized in 2009 in China, Lao People’s Democratic Republic, Myanmar and Thailand represent a three-fold increase in comparison with 2008 figures,” the UN report alleges. “In 2010, total seizures surpassed 133 million pills.” Not since the Japanese amphetamine scourge of the post-World War II years has East Asia seen anything like this.

The UN report singles out two new countries-Lao People’s Democratic Republic, and Malaysia-as nations reporting, for the first time, “the injecting use of crystalline methamphetamine in 2008 and 2009.” And a massive increase in production has been documented in northern Burma. Voice of America News reports that amphetamine-type drug seizures in Burma went from one million pills in 2008 to a mind-blowing 23 million pills a year later.

A regional representative for the UNODC in East Asia said that the seizures “reflect a dramatic increase in production in the Shan State” in Northern Burma. The production of methamphetamine is a primary source of income for the Shan, whose territory is near the borders of China and Thailand. “What we are worried about,” said the UNODC rep, “is the nexus of drugs, of weapons, of money that is moving around that region at a time when elections are pending and the political situation is quite fragile.” At the same time, Burma remains a major supplier of opiates, though competition with Afghanistan may have helped encourage the production of illegal stimulants. UNODC Executive Director Yury Fedotove explained that the market for synthetic stimulants “has evolved from a cottage-type industry typified by small-scale manufacturing operations to more of a cocaine or heroin-type market with a higher level of integration and organized crime groups involved throughout the production and supply chain.“

Amphetamines, in all their synthetic forms, have several production advantages over plant-based addictive drugs like heroin and cocaine. In recent years, the U.S. and other countries have cracked down on amphetamine precursor drugs like ephedrine and pseudoephedrine. Once these tried and true compounds for amphetamine manufacture-found in cold and allergy medications-were registered and controlled, traffickers made the switch to different chemical approaches. New building blocks like phelylacetic acid and l-phenylacetylcarbinol (l-PAC) have been found in labs from Canada to Mexico. Growers of opium and coca have no such alternatives available to them. Pharmacologist David Kroll, Professor and Chair of Pharmaceutical Science at North Carolina Central University in Durham, who has been following the new synthetic drug products on his blog, Terra Sigillata, said that ome of the latest precursors have a problematic history. “Phenylacetate and phelylacetic acid have been investigated in clinical trials for cancer and in the treatment of sickle cell disease,” said Dr. Kroll. “But they didn’t fare well in large clinical trails because they required such high doses, and patients had side effects.”

While this is definitely not a reliable class of compounds from which to fashion new recreational stimulants, Dr. Kroll noted that rendering synthetic drugs illegal can sometimes play havoc with efforts to develop the same drugs for therapeutic purposes. “If these precursors become more strictly regulated, there might be an untoward effect on the prices of other drugs” that use the same compound as a building block, he said.

Drug lab seizures in Jordan, Syria, and the United Arab Emirates have also reached new highs-particularly the clandestine manufacture of a form of amphetamine called phenethylline, marketed under the brand name Captagon. Very little in the way of equipment or startup capital is required, which facilitates new players in this market. Captagon, said Dr. Kroll, “makes pretty good sense. The body can metabolize it to amphetamine itself-it’s an amphetamine pro-drug. The other metabolite of the drug is theophylline, the old asthma drug that also acts as a mild stimulant. But it’s potentially as dangerous as amphetamine, depending on how efficient one’s metabolism is.” This is, of course, a huge problem: One bath salts user might have an acceptable drug experience, while another might find that a few whiffs of the same synthetic stimulant will land him or her in the emergency room, with a dangerously elevated heart rate or other complications.

What drug designers, drug manufacturers, and drug suppliers have come to realize is that methamphetamine and other ATS drugs appear to fill the lifestyle void left by the uncertain supply and pricing situation associated with cocaine. Everywhere they land, synthetic stimulants-from biker crank to mephedrone-wreak instant havoc. They simply are not predictable compounds. One bath salts user compared the experience to “a shot of methamphetamine with a PCP chaser.” From any kind of rational sociocultural point of view, these are not safe drugs. And it hardly needs repeating that they are highly addictive for many people. The legalization of amphetamine is not a cause likely to gain much momentum any time soon.

Even though the United States has a long history of dealing with amphetamine, this is manifestly not true of every country in the world. And now these untapped markets are fair game for cheaper, longer lasting amphetamine-type stimulants, which “seem to appeal to the needs of today’s societies and have become part of what is perceived to be a modern and dynamic lifestyle,” according to the UNODC report.

We don’t know with complete certainty that the drug data coming out of several key areas-Southeast Asia, Africa, and the Middle East in particular-is accurate. Authorities have captured and dismantled ATS labs in Central and South America as well. In all likelihood, drug production and use in all these regions is underreported. The UNODC document laments that “household and other surveys are lacking or are outdated in some countries in several of the most affected regions.” This is a particular problem in China and India, where no serious national survey of amphetamine-type stimulants has ever been undertaken.

We have a long way to go before we know the outcome of the current craze for synthetic stimulants. The historical wreckage caused by injected methedrine in the 60s and 70s, and smokable ice in the 90s and the aughts, is a grisly matter of public record. Now we are confronted with a baffling cornucopia of designer concoctions whose track record for safe recreation is, thus far, not so good. Amphetamine drugs have sent thousands to their deaths, and countless others to the emergency rooms. And now this deadly deck of stimulants has many more cards in it than it did just a few years ago. Pick a card, any card. First one’s free.