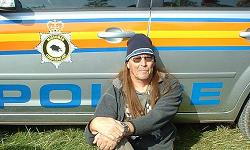 On the surface, it hardly seems fair. Undercover police officers in Anchorage, Alaska cruise the bars and arrest people who are intoxicated. Intoxicated in the bar.

While drunk drivers or those found intoxicated in a public space are considered fair game, bars and their patrons wonder, “Isn’t this where we are allowed to get drunk?” The answer turns out to be a resounding “No.”

The logic, on the police side of the issue is plain. Bars are public places. Being intoxicated in a public place is a misdemeanor offense. In fact, just about everywhere in the United States, being drunk in public can get you a ticket or arrested.

This is one of those laws that is nearly universal in coverage, but just as universally ignored by both offenders and law enforcement. Until now.

A report in the Anchorage Daily News outlines the new policy and the purpose. Police say that “over-serving” is getting out of hand. By targeting both the intoxicated patron and the employee who gave them the alcohol, they hope to lessen the practice of allowing customers to get “drunk plus” (a term police use to describe a “falling-down drunk”).

According to the report, when undercover officers spot a “drunk plus” candidate, they radio in for uniformed officers. The patron is then arrested. The bar help may also get a ticket. In Alaska, this means a court appearance and perhaps jail time – at least some overnight jail time while the drunk sobers up.

Purveyors of alcohol are naturally a bit upset at the new policy. While perfectly legal, they say it’s a case of overzealous enforcement. Better, in their eyes, is to have bar employees determine if someone has had too much and allow the servers to cut them off.

Still, the law is the law. There’s no reason, short of public outcry that it can’t be enforced in a city near you.