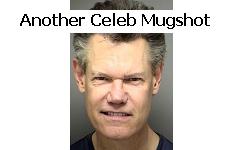 For a Country and Western singer, getting caught drunk in public might add credibility. After all, the classic country song has love, loss, a truck or train, and whiskey. However, Randy Travis comes from a gospel music background and his tunes rarely even mention alcohol. It’s a bit surprising that he was arrested for public intoxication.

According to reports, the country star was drinking wine in a church parking lot when police arrived. Travis was in his car, apparently drowning away a recent argument with his girlfriend. Yes, it was a Sunday night (actually into Monday morning by then).

In Texas, if you are caught drinking in a vehicle and you have the keys to that vehicle available – even if the car isn’t running – you can be charged with DUI. The critical bit of information is whether you had “physical control” of the vehicle when police make the arrest. In Travis’ case, he got out of the car when police arrived and was arrested for the lesser charge of public drunkenness. This may be due, at least in part, to his popularity in the state and his celebrity – Travis is a multiple Grammy Award winning country music star.

They ended up taking him to the county jail to sober up. He was released after six hours in the drunk tank. The charge is a misdemeanor in Texas and will only entail a fine. Travis is quoted as saying, “[I’m] committed to being responsible and accountable.”

On the scale of celebrity screw-ups, this one doesn’t rank that high. Fans will be quick to forgive the singer, whose gravelly voiced, hymn-like songs are noted for their inspirational quality. Still, it’s another celebrity mug shot to add to the collection, and it only reconfirms that being famous doesn’t help with alcohol problems – underneath, we are all humans capable of failure once in awhile.