Abstinence Not The Goal For Some Treatment Specialists 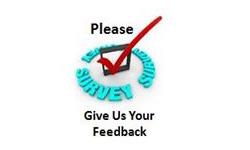 In what could be described as a sea change, some addiction specialists now don’t see the same level of harm in moderate consumption when compared to a survey from 20 years ago. About half the respondents to a recent survey conducted by the National Association of Alcoholism and Drug Addiction Counselors said they find it acceptable for some of their clients to occasionally use the substances they are being treated for.

The discriminating factor seems to be whether a particular patient is considered to have an addiction or an abuse problem. For an addiction, the same idea holds as two decades ago – complete abstinence. However, those who use but are not addicts can find some middle ground where use controlled, infrequent and managed. At least that’s what half of the counselors think.

Reported in a press release, the authors of the study remark, “Individuals with alcohol and drug problems who avoid treatment because they are ambivalent about abstinence should know that – depending on the severity of their condition, the finality of their outcome goal, and their drug of choice – their interest in moderating their consumption will be acceptable to many addiction professionals working in outpatient and independent practice settings.”

With complete and permanent abstinence no longer the goal for some treatment professionals, it is likely that more clients will fall under the success column and more will be attracted to getting help.

The difference between an addiction and problem usage might be a bit too nuanced, but it reflects a reality: pressures from daily life and mental/emotional changes can turn normal recreational use into frequent, problem abuse without an actual addiction being present. In these cases, the substance abuse is a result of something else going on and not a primary issue. Helping with the background problem (everything from grief to depression to self esteem issues) can then alter the usage pattern away from the truly harmful.

At issue is how to discriminate between patients with similar behavior patterns. Is this person a “problem drinker” or an “alcoholic?” The issue will remain controversial, since many addicts would love to find a way to keep their behavior and not suffer the consequences of the full spiral down that comes with addiction, and many therapists still think the best goal is complete avoidance, seeing no benefit in taking the risk of even moderate use.