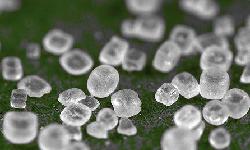 Imagine how hard it would be to kick the normal biological drives as if they were addictions. It would mean things like ignoring your drive to eat when hungry, drink when thirsty, or sleep. These are built in biological imperatives, nearly impossible to resist. A study out of Duke University this past summer linked addiction to just such an innate drive – our need for salt.

This may seem counterintuitive for a few reasons. First, we are told that too much salt in our diets is harmful, and modern societies eschew salt, with many of us avoiding it. But for much of human evolutionary history, and even today in some parts of the world, salt is an essential nutrient that had to be sought out. Too little salt is not only dangerous, but can be fatal. That’s a good reason to have a drive for salt (when it is low) hardwired in. When your blood levels of salt fall, this system triggers a craving and a need to seek out the compound.

The second difficulty is how is it possible for substances like opiates to trigger the same drive as sodium chloride? The molecules aren’t related at all. And this is what the study tried to tease out.

According to the article linked above, “Now scientists from the Duke University Medical Center in Durham, NC, and the University of Melbourne have identified, in a region of the brain called the hypothalamus, the genes activated by salt appetite. The genes were the same as those regulated by cocaine and opiates, such as heroin.”

It also indicates that that satisfaction addicts feel when using narcotics is more than just relieving withdrawal symptoms. Gratification is built-in with these biological systems and in the same way you’d say that scratching an itch just “feels good,” there a similar satisfaction released. And it’s all regulated at the genetic level, which may partially explain why there is a genetic link to addiction.

As one of the researchers put it, “Deeply embedded pathways of an ancient instinct may explain why addiction treatment with the chief objective of abstinence is so difficult.”