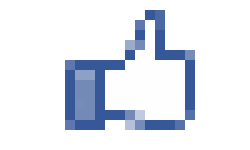 Well, not exactly, but it has changed the face of communication and marketing as much as the computer, the telephone, and the printing press. It’s a modern marvel that connects people around the world almost instantly. It started with a small group of college students and then expanded widely. After a while kids’ parents started signing up and finding out that they too could get fairly addicted to checking in and finding out what their old high school and college buddies were up to. It didn’t take long for all businessmen everywhere to realize that communication means opportunity, so one can use this social media to sell, sell, sell!

And pharmaceuticals are products, for sure. Apparently most pharmaceutical companies are rather conservative and wary and they didn’t want to open up Facebook pages at first. So Facebook promised that they, unlike other users, would be able to block the public from commenting on their wall. So most of the big companies signed up and quickly gained a very large following of those who “like” their page.

Unfortunately, as seems to happen, Facebook changed their mind and decided that maybe people ought to be able to comment openly on the pages after all. This has shaken up the pharmaceutical companies, because they are afraid of what people might say. People might say something negative about their products. What if someone tells of a story of side effects, or overdose or of prescription drug abuse using their products? What if people encourage the use of the generic instead of their first-rate products? What if people use it to connect in less than legal ways?

AstraZeneca has 1100 followers on its page about depression medicine and Johnson and Johnson had 40,000 followers on a combination of its pages on ADHD and arthritis and two other medicines. It’s going to be hard to close down those pages and lose all of that following, but the companies are afraid of what could happen and not sure that they want to hire enough staff to keep an eye on Facebook all day (although most of us can think of a few people who would love to have that job!)

The good thing that has happened with this connection is that the pharmaceutical companies have received more feedback than ever before and this has been a beneficial thing. After all, how many people ever take the time to write to the company that makes their pills? Let’s hope that the fear of the negatives will not deprive the company of the positives that have and still could occur here.