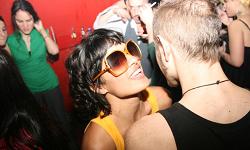 A recent announcement of reduced alcohol and drug abuse on campus doesn’t have Colorado University slowing down. In fact, they are upping their game.

Last year’s statistics came out, showing a 10 percent decrease in alcohol and drug citations issued by campus police. That’s a major jump in the right direction. Especially since CU was ranked the number one party school in a previous Playboy survey. But they aren’t resting on their laurels.

The drop is at least partially due to a one-time freshman orientation. This is held for entering students in the CU auditorium and deals with the rules and penalties for alcohol and drug use on campus. It’s called, “Responsibility 101.” Now, they’ve added a mandatory online course to the mix.

Entering freshman will be required to take the online class and, in another good move, the University is instituting games and late night movies as alternatives to drinking or partying. CU also sends an information packet to parents with educational materials about drug and alcohol abuse.

So it’s a full-on assault as Colorado University steps up their game. The encouraging thing is that, in light of the new statistics, it seems to be working. After all, that is the bottom line, and other schools will have an easier sell if they can point to CU as a success story.

So where is CU now in the ranks? According to the latest survey released by the Princeton college review, it doesn’t even rank in the top twenty under “party schools.”

If you are curious, Ohio University in Athens has the title now.

The great thing here is that Universities do pay attention to this stuff and take action. CU has demonstrated that action works – a critical result. The next important step would be to tie in the lowered abuse rates to increased graduation rates or higher attendance.