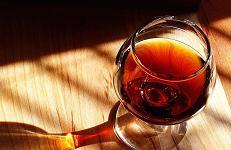 It’s become common knowledge that red wine has health benefits. Now, with the exposure of academic fraud by a noted researcher, those results are in doubt.

Dr. Dipak Das, a University of Connecticut researcher, specialized in studies about cardiovascular health. The research on wine and the benefits for moderate drinkers was a part of this work. Among the finding called into question is work on resveratol, a substance found in red wine that is considered a powerful, and healthy anti-oxidant.

Officials were tipped off to impropriety in Dr. Das’s published papers and a subsequent review found 145 instances of academic fraud over 7 years. The problems included altering data and using data from previous work as if it were gathered in a current study.

Other investigations continue, to see how extensive the fraud may be. Dismissal proceedings have commenced against the academic and it is expected he will lose his position. The larger harm comes to the reputation of the scientific community. At the root of scientific enquiry is the idea that researchers are ethical and honest. Trust is essential, not only because results gain grant money, but because these same results influence policies far beyond the university environment. It is all too easy to act on the temptation to shape data to fit pre-existing ideas, and successful ideas lead to grant money and status.

What may be even worse is that other researchers relied on Dr. Das’s published material and cited it as part of their own work. These others, innocent of any fraud, are now inadvertently tainted and will have to go through their own published material to see what harm has been done.

The health benefits of wine will probably stand. The role of resveratol may not. Any claims that rely on the blemished research will have to be redone.