Cure For Addictions Must Be Spiritual 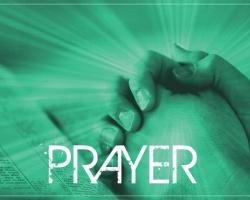 One of the 12 steps of Alcoholics Anonymous is giving yourself over to a high power. But often times these days, the spiritual aspect of addiction recovery takes a back seat to the medical side. And that, said one expert, is a mistake.

According to the Canadian Newspaper Guelph Mercury, Graeme Cunningham gave a speech recently at the Norfolk Street United Church in Ontario in which he said the spiritual side is just as important.

“We are all wounded,” Cunningham, who is also a recovering alcoholic himself, told the crowd. “Those of us who succeed, heal stronger in our wounded places.”

Cunningham said medicine, religion and magic have always been intertwined, and suggested the modern bio-psychosocial model of addiction lacks “the human connection,” particularly the concept of shame.

The addict, according to Cunningham, is “incredibly frightened, loaded with guilt, and filled with shame,” and desperately needs to feel accepted and loved.