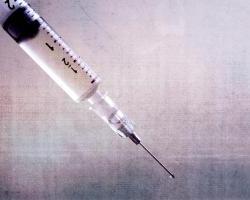 There could be promising news in the battle against methamphetamine addiction. Scientists are working on three formulations of a vaccine to treat meth addiction, and they report good results.

There has been testing with other meth vaccines in the past, but they were either not effective or too expensive.

According to a report in Science Daily, this time researchers focused on new formulations that could be effective for long periods, which would drive down costs and help prevent relapse. Traditional meth treatment has a high relapse rate.

The group found that three of the new formulations that produced a good immune response in mice (stand-ins for humans in the lab) were particularly promising. “These findings represent a unique approach to the design of new vaccines against methamphetamine abuse,” say the researchers.

The researchers say meth use and addiction cost the U.S. more than $23 billion annually due to medical and law enforcement expenses, and lost employee productivity.

The research appears in the Journal of the American Chemical Society.