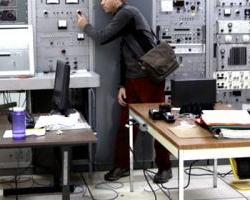 A new study claims teenagers who drink alcohol spend more time on their computers than teens who don’t drink.

The study, published in the online edition of the journal Addictive Behaviors, looked at the drinking and computer habits of 264 kids between the ages of 13 and 17.

It found that teens who reported drinking alcohol used a computer more hours per week (not including school work) than those who did not drink. There was no correlation between drinking and using a computer for school work.

Alcohol was linked to using the computer for social networking and listening to and downloading music. No link was found between video games or online shopping.

“While the specific factors linking teenage drinking and computer use are not yet established, it seems likely that adolescents are experimenting with drinking and activities on the Internet,” said study author Dr. Jennifer Epstein of Weill Cornell Medical College in New York City. “In turn, exposure to online material such as alcohol advertising or alcohol-using peers on social networking sites could reinforce teens’ drinking.”

According to a report from TG Daily, Epstein said parents must get involved in the online lives of their children.

“Children are being exposed to computers and the Internet at younger ages. For this reason it’s important that parents are actively involved in monitoring their children’s computer usage, as well as alcohol use,” she said.

Epstein said more research is needed to learn about the apparent link between computer use and underage alcohol consumption.

“Going forward, we would like to collect more detailed and longer-term data on adolescent alcohol and computer use, including the degree and duration of their drinking habit,” said Epstein.