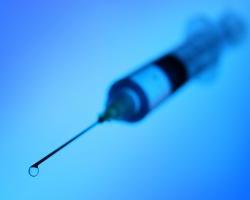 It is not unusual for drug addicts to relapse after treatment. In fact, the rate is quite high. Scientists hope to reverse this trend in the future by coming up with vaccines to help addicts kick the habit.

Fox News quotes a report from The Wall Street Journal that said scientists are working on vaccines that would block addictive substances from reaching the brain. That way, if an addict relapses, he or she will get no pleasure from the drugs.

Current medications, such as methadone for heroin or a nicotine patch for cigarettes, work by tricking the brain into thinking it is getting the drug an addict craves.

The new vaccines work in the bloodstream, not the brain, by tricking the body into rejecting drugs as if they were foreign pathogens. So far, clinical trials have found no significant side effects. However, the vaccines do not do anything to combat cravings, which could present a problem for addicts.

Scientists are quick to point out it would be years before such vaccines are available – that is, if they ever reach the public at all.