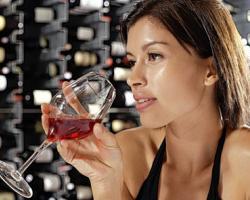 A new study has furthered the link between alcohol and cancer, finding one in ten cancers in men and one in 33 in women are caused by drinking.

Cancers of the pharynx, esophagus and voice box were most commonly caused by alcohol, followed by liver. Alcohol also plays a role in breast cancer, and mouth and bowel cancer.

3% of cancers in men were linked to alcohol in moderate drinkers, but that figure jumped to 18% in heavy drinkers.

In women, 1% of cancers were linked to moderate drinkers and 4% to heavy drinkers.

17% of bowel cancers in men were linked to drinking as were 4% of cases in women.

And 5% of breast cancers in women were also caused by alcohol.

Our data show that many cancer cases could have been avoided if alcohol consumption is limited to two alcoholic drinks per day in men and one alcoholic drink per day in women, which are the recommendations of many health organizations.

And even more cancer cases would be prevented if people reduced their alcohol intake to below recommended guidelines or stopped drinking alcohol at all.