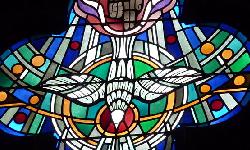 There’s sometimes a link drawn between AA and Christianity. Historically this is accurate, and early writings do assume the membership at least has a nodding acquaintance with the religion. However, it’s a mistake to think that AA is only, or primarily an arm of the Christian faith. Currently, AA is practiced outside of any religious dogma.

The reasoning is simple. While a higher power is mentioned, the primary purpose of AA isn’t to worship God. The focus is on the practical matter of getting and maintaining sobriety. The relationship might be best described as the same relationship AA has with the professional addiction treatment community. Both have the same goal – they want the addict or alcoholic to heal – but each goes about it with different methods. In the same way, AA is concerned about spiritual health and well being, but goes about it in a different way than established religions.

Is there a battle between AA and religion then? Sometimes there conflict. A Christian fundamentalist may have difficulty with the lack of Jesus and the soft-sell when it comes to prayer. As an example, the Serenity Prayer (God, grant me the serenity to accept the things I cannot change…) is technically at odds with standard Christian ideas about prayer as worship. After all, prayer in AA has a purpose, the same purpose as always: to stay sober.

Another conflict can arise when it comes to shameful behavior. In AA you sin against your fellow man and alcohol is to blame. In Christianity, you sin against God and your failed human nature is to blame. But even these distinctions are hard to make. As above, they are parallel endeavors, both meant to improve someone’s outlook and spiritual health.

Someone who is very religious should attend enough meetings that they find a fit. Some will be too coarse. Swearing isn’t uncommon in meetings where emotions are running high, for example. Anyone who’s been to a few meetings will tell you the stories can get gritty – this shouldn’t be a barrier to attending. Asking your pastor or priest to suggest a group is a good idea if religious sensibilities are an issue. Quite often, churches will sponsor groups themselves when a need is discovered.