Is Alcoholics Anonymous A Cult? 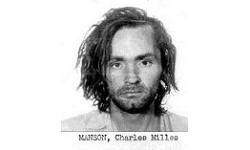 In 1998, Charles Bufe wrote a book that criticized AA called, “AA: Cult or Cure?” The book is available online. He does a pretty good job of laying out the history of AA, its links to religion, and how AA is practiced today. But, in the end, Mr. Bufe cannot come to a solid, unambiguous conclusion. He is left making his strongest claims against what he calls “institutional AA” instead of functional, independent groups.

He says, “But AA’s purpose is not to help individuals overcome alcohol problems; rather, it’s to indoctrinate them into AA’s 12-step religious program.”

The problem he faces is that, unlike a cult, the methods of so-called indoctrination are very weak and can be ignored by the majority of attendees. There’s simply no coercion, financial burden, or central, revered figure (think Jim Jones, David Koresh or Sun Myung Moon). To make the comparison with a cult fit at all, he is left using institutional Alcoholics Anonymous and by extension, claiming that independent groups are related and tainted by association.

Institutional AA is defined as professional treatment programs that use AA or the AA organization itself.

The most thorough trashing of AA as a cult can be found here. The author gives 100 questions and answers, ranking AA as over 80% on the cult scale. It’s voluminous and very detailed. Unfortunately, there’s a disconnect between the references cited and how AA is actually practiced. If we were blind followers of every word in the Big Book or every slogan printed out at a meeting, the case would be stronger. This just isn’t so.

Unlike true cults, AA members are not robotic slaves who simply absorb anything and everything thrown at them. A clear message all members get is, “Take what you need, leave the rest.” I can think of no actual, functioning AA group that comes close to matching up with what is described on that website.

The question was interesting enough to generate some scientific interest. One study concluded that while the group interaction did influence members (and positive results relied on this), AA was not a cult.

In the end, it becomes a matter of opinion rather than fact. Certainly, in AA, we seek to make a fundamental change in a person’s behavior and outlook. Perhaps that should be the bottom line. Does AA serve its members or serve Alcoholics Anonymous itself?