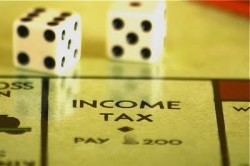 You’re free to write off the cost of addiction treatment-if you can afford to.

The cost of addiction treatment is a legitimate medical expense, as long as you are talking about drug and alcohol addiction, which the IRS recognizes as a genuine medical disease. If you go to Betty Ford on the advice of your doctor for alcoholism, it’s deductible. If you go to Passages for cocaine addiction, it’s deductible. If you buy nicotine gum and patches and fill a prescription for Chantix, in a stop-smoking effort, it’s deductible. But if you want to write off the cost of a weight-loss clinic, or a gambling cessation program, or treatment for compulsive sexual activity, you’re a bit ahead of the curve.

According to Dave Hutchison, Planned Giving Officer at the Betty Ford Center Foundation: “Generally, medical expenses, including amounts paid for medical treatment, drugs and medicines, nursing care and certain transportation and travel required for medical care, are deductible as an itemized deduction. Amounts paid for inpatient treatment of alcoholism or drug addiction at a therapeutic center and for meals and lodging furnished as a necessary incident to the treatment are deductible.”

Officially, IRS Topic 502 says that “payments for acupuncture treatments or inpatient treatment at a center for alcohol or drug addiction are also deductible medical expenses.” So just about any loopy treatment is covered, as long as the official diagnosis is alcoholism or drug addiction, including cigarettes.

And while theoretically the IRS is open to the idea of allowing deductions for the “cost of participating in a weight-loss program for a specific disease or diseases, including obesity, diagnosed by a physician,” the tax people aren’t yet persuaded that obesity, per se, is an addictive disease. They don’t allow most deductions for the cost of health food diet items or health club dues, for example, even if health food and gym workouts are doctor’s orders.

So, in theory, the cost of drug and alcohol rehab is a legitimate medical expense. Or at least those expenses over and above 7.5% of your income that haven’t been paid for by medical insurance. In practice, whether you can deduct the cost of drug rehab depends entirely on your total amount of itemized medical expenses. You can write off the cost of addiction treatment-if you can afford to.
Kelly Phillips Erb, who blogs at Forbes as Tax Girl, explains it all:

As a general rule, the costs of rehabilitation for drug and alcohol abuse and addictions are deductible as medical expenses, assuming that you itemize your deductions on Schedule A. Like other medical and dental expenses, rehab and addiction treatment expenses are only deductible to the extent that they exceed 7.5% of your adjusted gross income (AGI). So, for example, if your AGI was $40,000, you can only deduct expenses which exceed $3,000 (7.5% of $40,000). If the total of your expenses, including treatment costs $5,000, then you can deduct $2,000 ($5,000 expenses less the $3,000 threshold).

And that’s after you’ve parsed the IRS definition of qualifying medical care: “The diagnosis, cure, mitigation, treatment, or prevention of disease.” According to Tax Girl, that’s it. Other than throwing out a few examples-nursing services, x-rays, ambulance expenses-there is precious little help in defining what counts as a disease. Tax Girl says that the “IRS allows deductions for expenses related to the treatment of alcoholism and drug addiction because it agrees that those behaviors are a disease-even if many taxpayers think differently.” But the IRS won’t allow deductions for the cost of treatment with illegal drugs, thereby making the likelihood of write-offs for medical marijuana and marijuana addiction treatment unlikely, as long as marijuana remains illegal at the federal level. Furthermore, certain promising treatment options are not deductible for the same reason. Tax Girl writes that “despite evidence in Europe that “prescription” heroin taken together with methadone might lessen heroin dependence in addicts, the treatment remains illegal in the U.S. and is, therefore, not be deductible for federal income tax purposes. Methadone on its own, however, is a legal treatment for drug addiction in the U.S.” and is therefore deductible for federal income tax purposes.

Furthermore: “The IRS does not necessarily agree that all behaviors considered to be ‘addictions’ qualify as a disease.” Given the broad net cast across the medical waters in the name of addiction-everything from Internet addiction to cornstarch addiction-it’s probably just as well that the IRS is taking a jaundiced view of the so-called behavioral addictions. But they have taken some heat for being hard-nosed about obesity, while at the same time allowing write-offs for medical expenses associated with sex change operations.

Okay. But what if you’re Charlie Sheen, living on the other end of the income scale, until recently pulling down $2 million dollars per TV episode, starring in a mildly amusing sitcom? He’ll make maybe $40 million this year. How much would Charlie have to spend on rehab to make it tax-deductible? As it happens, there are tax geeks like Kay Bell at MSN Money who wonder about such things. Remember, Charlie can only deduct the amount of qualifying medical expenses that exceed 7.5% of his adjusted gross income. Bell says that Sheen “would have to spend lots of time at a pretty swanky rehab center to run up the more than $3 million required for him to claim the medical expenses deduction. He’s in Los Angeles, so it’s possible, but still, that’s a big recovery bill.”