Battle Over Religion At Alcoholics Anonymous 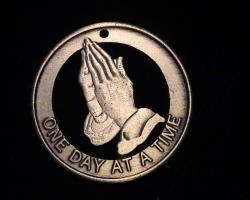 Alcoholics Anonymous famously uses religion as part of its recovery, with “God” appearing four times in the 12-steps.

But two AA groups in Toronto don’t think religion has any place in recovering from alcoholism, and came out with a new 12-step list without the word “God.” Now they are on the outs with the official AA organization.

According to a report in the Toronto Star, the secular AA groups, known as Beyond Belief and We Agnostics, were removed from the roster of local meetings. They are no longer on the Toronto AA website, and will not be in the next printed edition of the Toronto directory.

“They took issue with a public display of secular AA,” says Joe C., who founded Beyond Belief 18 months ago (in keeping with AA’s tradition of anonymity, Joe does not give his last name).

One member, though, said the groups had no right to alter the steps.

“They (the altered Twelve Steps) are not our Twelve Steps,” said the AA member. “They’ve changed them to their own personal needs. They should never have been listed in the first place.”

Here is how they changed the steps – first the original wording:

Now the altered ones: