Drinking And Impulsive Behavior In Kids 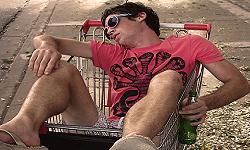 A press release from the journal Addiction reports on the link between a tendency to act on impulse and early onset of heavy drinking. By targeting kids with this personality trait, it may be possible to lower the number of young, problem drinkers.

The research, undertaken in the UK, comes with a background rate of 24 percent of 12-year-olds reporting having used alcohol at least once and a rise to 77 percent among 15-year-olds. In the US, 29.3% of 8th graders report having had a drink in the last year (source) and those that use alcohol before the age of 15 are five times more likely to become problem drinkers than those who wait until after age 21.

The study used a computer simulation and a delayed gratification test to measure impulse control. The kids were tracked from age 12 or 13 through the next two years at six-month intervals. Researchers then compared reports of drinking behavior to the tests for impulse control. They found that alcohol use didn’t cause an increase in impulsivity. Rather, those kids that already had problems with impulse control were more likely to pick up drinking as an activity and more likely to drink in heavier amounts than their peers.

“Our results show that more impulsive individuals are more likely to start drinking heavily in the future compared to less impulsive individuals,” said Professor Matt Field, from the University’s Institute of Psychology Health and Society, “The next steps are to take these results and apply them to prevention interventions that are tailored to individual characteristics, such as impulsivity.”

That’s an important area for follow-up: what are the consequences of impulsive behavior and alcohol in this age group, when the brain is still developing? Further, what interventions can be made to short-circuit the process? One critical issue is how to make an intervention as immediate as the urge to drink. Impulsive behavior is characterized by acting without thinking things through, so any intervention will probably have to operate on a very short time-scale to be effective.