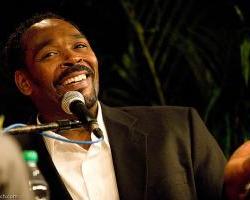 Rodney King became nationally famous when Los Angeles police were filmed brutally beating him in 1991. He became a symbol for institutional injustice. Last month, he was found unconscious in a swimming pool by his fiancée. King later died at the hospital.

A coroner’s report, just released, shows that King had cocaine, marijuana and alcohol in his system at the time of death. The coroner was quoted in a story from NBC News, saying, “The effects of the drugs and alcohol, combined with the subject’s heart condition, thus incapacitated, was unable to save himself and drowned.” King was in a state of delirium from alcohol and drugs, according to the coroner’s report.

Police have determined the drowning was accidental and found no reason to suspect foul play.

King was eulogized by Al Sharpton at his funeral and he remains an example of injustice visited on a racial minority. After his beating was broadcast, and the police officers involved were found not guilty, citizens responded by rioting. The riots led to fifty deaths in Los Angeles.

Although King had made attempts to kick his addictions, in the end they led to his death. Some believe the trauma from twenty years ago never really left him and he turned to alcohol and drugs to deal with it. King was 47.

While Rodney King’s celebrity makes his death newsworthy, all over the county, others are struggling with the same issues. The genesis may be different – no dramatic beating or public reaction – but the result can, unfortunately, be the same: A too-soon death brought about by long term drug abuse. “The effects of the drugs and alcohol, combined with the subject’s heart condition, thus incapacitated, was unable to save himself and drowned,” said the coroner’s report.

King’s signature quote, “Can we all get along?” was embroidered on his coffin lid.