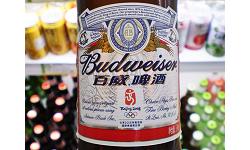 There’s a push on to gain market share for US beer brands in China, but companies face some cultural difficulties. The first is that American beers are sold as premium products. So, for example, Budweiser, the Joe-blue-collar beer in the US, is an upscale brand in China.

According to Advertising Age, Bud accounts for only 1.2% of the beer market in China, a percentage they’d like to increase. To do so, they have to fight against cultural norms – unlike in the US (and Japan), beer is consumed primarily with meals in the way wine is in the US. This means their market segment here, the guy who cracks a cold one after work to relax, doesn’t exist. But Anheuser-Busch has risen to the challenge.

The latest promotion features Chinese celebrities giving high-ticket gift bags for the Chinese New Year (a stable tradition there) and the bright red bags contain, you guessed it, six packs of Budweiser. The promotion ran on Chinese television and even had a spot earlier this month in Times Square, perhaps to reach New York’s Chinese population.

Other customs that make selling in China more difficult include:

China has an opportunity to avoid some of the ills that come with alcohol consumption. As the country moves to a higher standard of living, they will see more citizens with cars and DUI will rise – unless they are able to quickly adopt those strategies (education and strict enforcement) that pay off in more developed countries. They have a chance to avoid some of the ills of alcohol simply by keeping their traditional practices free from undue influence by alcohol marketers. Unfortunately, the market is so huge that alcohol venders are willing to spend big bucks to change behaviors in a direction that leads to higher sales volumes.